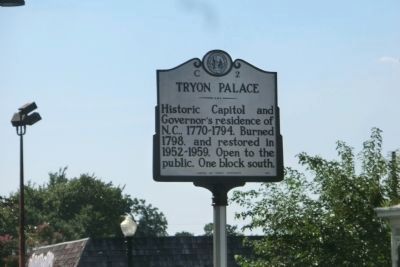 Photographed By Don Morfe, August 14, 2014
1. Tryon Palace Marker
Inscription.
Tryon Palace. . Historic Capitol and Governor's residence of N.C., 1770-1794. Burned 1798, and restored in 1952-1959. Open to the public. One block south. . This historical marker was erected in 1960 by Archives and Highway Departments. It is in New Bern in Craven County North Carolina

Topics and series. This historical marker is listed in these topic lists: Colonial Era • Government & Politics. In addition, it is included in the North Carolina Division of Archives and History series list. A significant historical year for this entry is 1798.

Location. 35° 6.496′ N, 77° 2.672′ W. Marker is in New Bern, North Carolina, in Craven County. Marker is at the intersection of Broad Street (Business U.S. 17) and George Street, on the right when traveling east on Broad Street. Touch for map. Marker is in this post office area: New Bern NC 28562, United States of America. Touch for directions. 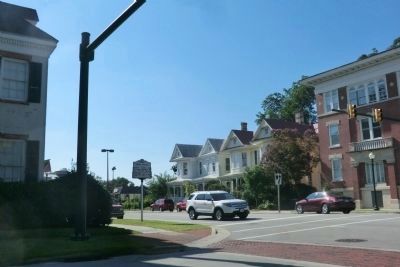 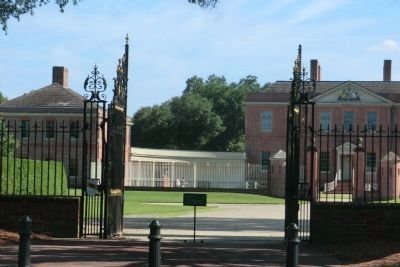 Editor’s want-list for this marker. Photo of the building. • Can you help?
Share this page.