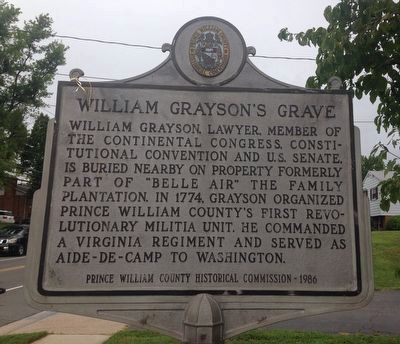 Topics and series. This historical marker is listed in these topic lists: Cemeteries & Burial Sites • Patriots & Patriotism • War, US Revolutionary. In addition, it is included in the Virginia, Prince William County Historical Commission series list. A significant historical year for this entry is 1774.

Location. 38° 38.853′ N, 77° 16.599′ W. Marker is in Woodbridge, Virginia, in Prince William County. Marker is on West Longview Drive north of Longview Drive, on the right when traveling north. Marker is down at street level in front of the Marumsco Shopping Center parking lot. 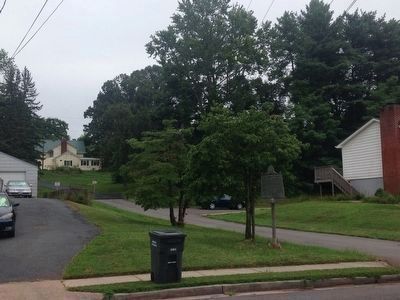 By Kevin W.
2. William Grayson’s Grave Marker
Marker at its new location near the grave sight. The new site is at the entrance to what used to be the Belle Air plantation. Note, the house is now privately owned.

Click or scan to see
this page online
Touch for map. Marker is at or near this postal address: 2338 West Longview Drive, Woodbridge VA 22191, United States of America. Touch for directions.

Other nearby markers. At least 5 other markers are within 2 miles of this marker, measured as the crow flies. Revolutionary Soldiers Spence and William Grayson (about 400 feet away, measured in a direct line); Spence and William Grayson (about 400 feet away); Old Telegraph Road (approx. 0.9 miles away); Old Bethel High School (approx. 1.7 miles away); Welcome to Occoquan Bay National Wildlife Refuge (approx. 1.8 miles away). Touch for a list and map of all markers in Woodbridge.

Col. William Grayson played a major role in forming the United States of American, but is not in our school's American history books. We don't know what William Grayson really looked like. We have seen two different pictures or drawings, but which picture is the right one? William Grayson wrote numerous letters, but the Library 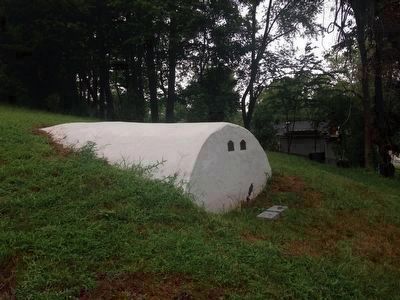 By Kevin W.
3. The Grayson Tomb
A Boy Scout Eagle project in 2014, with generous support from a private donor, repaired the tomb and provided public access to the tomb (see link). Compare this picture of the refurbished tomb with the next one. The deterioration showing in the 2006 image has been repaired and stabilized, and the tomb has been recovered in concrete.
of Congress has not made a separate section for them. Note To Editor only visible by Contributor and editor
— Submitted April 29, 2009, by Don Cooke of Grayson, Kentucky. 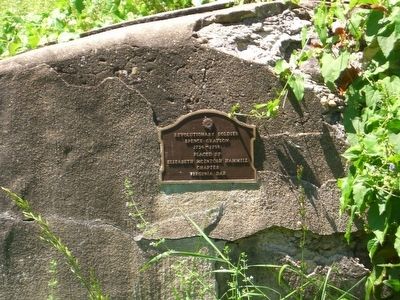 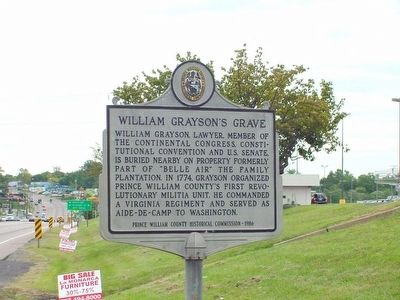 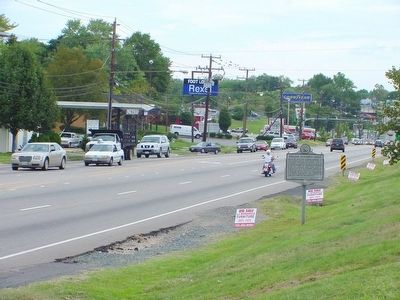 By J. J. Prats, September 24, 2006
6. William Grayson’s Grave Marker
This photo is the marker at its original location on U. S. Route 1, near Marumsco Plaza. 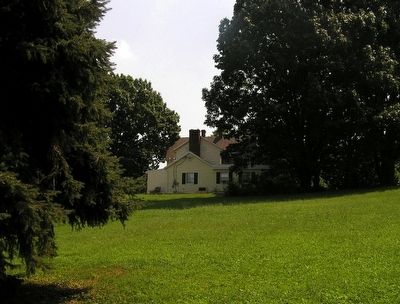 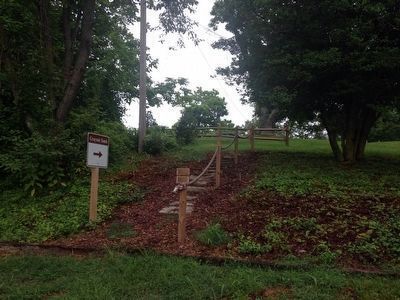