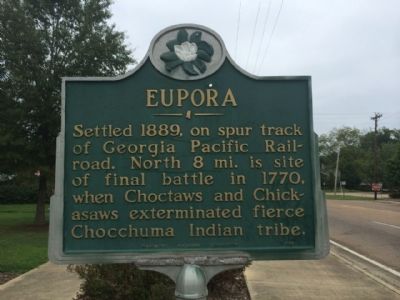 Photographed By Mark Hilton, September 13, 2014
1. Eupora Marker
Inscription.
Eupora. . , Settled 1889, on spur track of Georgia Pacific Railroad. North 8 mi. is site of final battle in 1770, when Choctaws and Chickasaws exterminated fierce Chocchuma Indian tribe. . This historical marker was erected in 1951 by the Mississippi Historical Association.. It is in Eupora in Webster County Mississippi

Erected 1951 by the Mississippi Historical Association.

Topics and series. This historical marker is listed in these topic lists: Native Americans • Railroads & Streetcars • Settlements & Settlers. In addition, it is included in the Mississippi State Historical Marker Program series list. A significant historical year for this entry is 1889.

Other nearby markers. At least 8 other markers are within 10 miles of this marker, measured as the crow flies. Webster County Courthouse (approx. 4.6 miles away); The Old Natchez Trace (approx. 5.8 miles away); Pigeon Roost 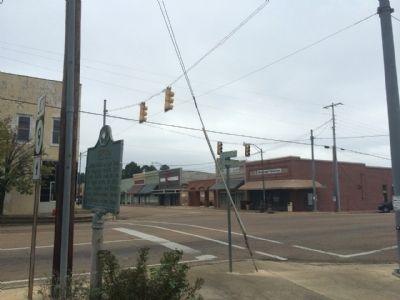 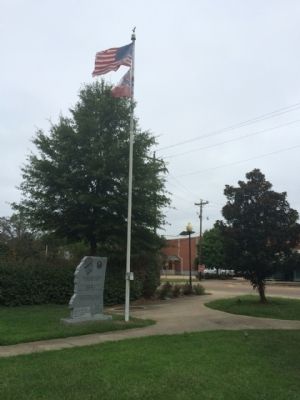 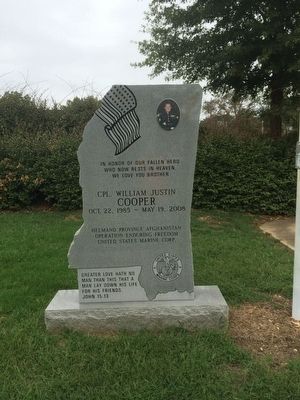 Photographed By Mark Hilton, September 13, 2014
4. Closeup of memorial adjacent to marker.
In honor of our fallen hero
who now rests in heaven,
we love you brother