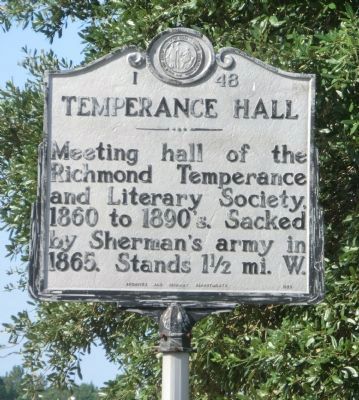 Photographed By Don Morfe, August 19, 2014
1. Temperance Hall Marker
Inscription.
Temperance Hall. . Meeting hall of the Richmond Temperance and Literary Society, 1860 to 1890's. Sacked by Sherman's army in 1865. Stands 1½ mi. W. . This historical marker was erected in 1959 by Archives and Highway Departments. It is in Wagram in Scotland County North Carolina

Erected 1959 by Archives and Highway Departments. (Marker Number I-48.)

Topics and series. This historical marker is listed in these topic lists: Fraternal or Sororal Organizations • War, US Civil. In addition, it is included in the North Carolina Division of Archives and History series list. A significant historical year for this entry is 1860. 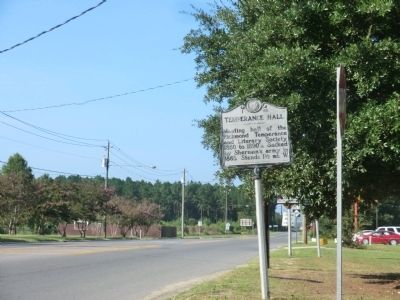