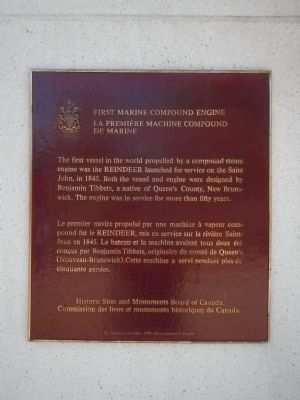 English
The first vessel in the world propelled by a compound steam engine was the REINDEER launched for service on the Saint John, in 1845. Both the vessel and engine were designed by Benjamin Tibbets, a native of Queen’s County, New Brunswick. The engine was in service for more than fifty years

Topics and series. This historical marker is listed in this topic list: Waterways & Vessels. In addition, it is included in the Canada, Historic Sites and Monuments Board series list. A significant historical year for this entry is 1845. 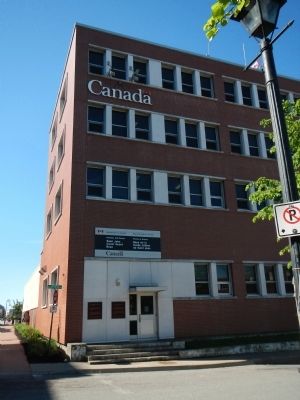 Photographed By Barry Swackhamer, June 11, 2014
2. First Marine Compound Engine Marker
The marker is on the left.