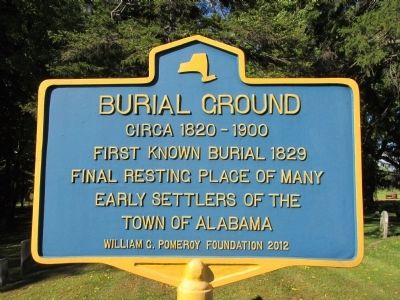 By Anton Schwarzmueller, September 21, 2014
1. Burial Ground Marker
Inscription.
Burial Ground. Circa 1820 - 1900. First known burial 1829. Final resting place of many early settlers of the Town of Alabama. . This historical marker was erected in 2012 by William G. Pomeroy Foundation. It is in Alabama in Genesee County New York

First known burial 1829. Final resting place of many early settlers of the Town of Alabama.

Topics and series. This historical marker is listed in these topic lists: Cemeteries & Burial Sites • Settlements & Settlers. In addition, it is included in the William G. Pomeroy Foundation series list. A significant historical year for this entry is 1829.

Location. 43° 5.784′ N, 78° 21.512′ W. Marker is in Alabama, New York, in Genesee County. Marker is on Lewiston Road (County Route 12) one mile east of Allegheny Road (New York State Route 63), on the left when traveling east. Marker is about a mile east of the northern junction of NY routes 77 and 63, where NY 77 turns south off of Lewiston Road and then shares Allegheny Road with NY 63. There are sports fields opposite the burial ground on Lewiston Road. Touch for map. Marker is in this post office area: Oakfield NY 14125, United States of America. Touch for directions.

Other nearby markers. At least 8 other markers are within 5 miles of this marker, measured as the crow flies. Town of Alabama (approx. 2 miles away); Basom Plot (approx. 2.3 miles away); This Waterway (approx. 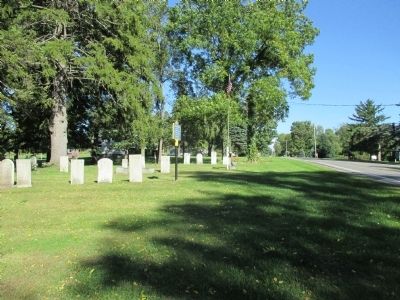 More about this marker. A sign on the site displays "Norton Cemetery." 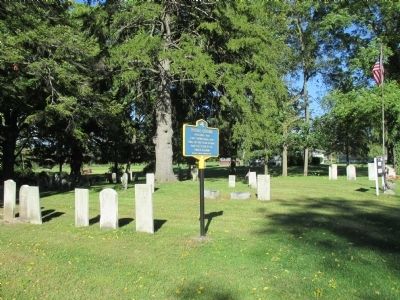 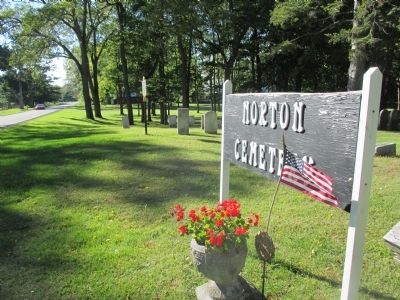