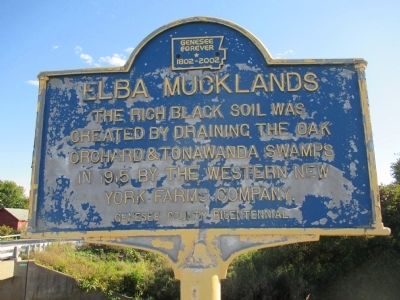 Photographed By Anton Schwarzmueller, September 21, 2014
1. Elba Mucklands Marker
Inscription.
Elba Mucklands. .
The rich black soil was.
created by draining the Oak.
Orchard and Tonawanda Swamps.
in 1915 by the Western New.
York Farms Company.. . This historical marker was erected by Genesee County Bicentennial. It is in Elba in Genesee County New York

The rich black soil was
created by draining the Oak
Orchard & Tonawanda Swamps
in 1915 by the Western New
York Farms Company.

Topics. This historical marker is listed in this topic list: Agriculture. A significant historical year for this entry is 1915.

Location. 43° 7.48′ N, 78° 11.597′ W. Marker is in Elba, New York, in Genesee County. Marker is at the intersection of West Muck Road and Quaker Hill Road (New York State Route 98), on the right when traveling south on West Muck Road. West Muck Road is a dirt road parallel to the east-west drainage canal. The marker is on the north side of the canal at the bridge carrying NY 98 over the canal. Touch for map. Marker is in this post office area: Elba NY 14058, United States of America. Touch for directions. 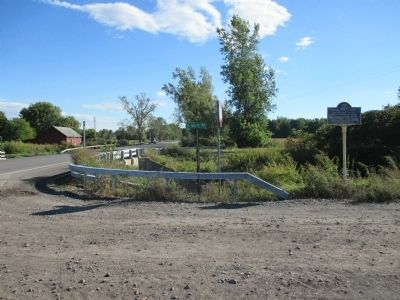 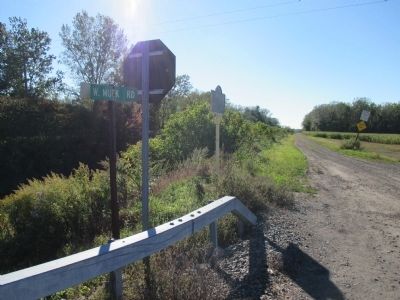 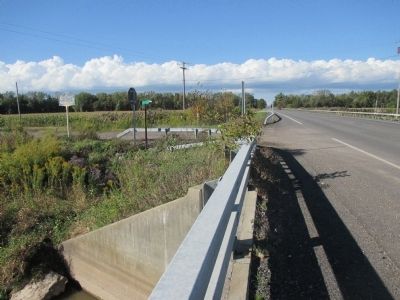 Photographed By Anton Schwarzmueller, September 21, 2014
4. Elba Mucklands Marker
Northward on the NY 98 bridge over the drainage canal. Marker at left. 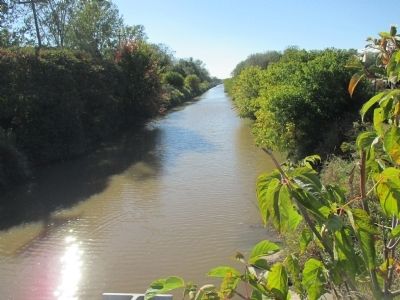