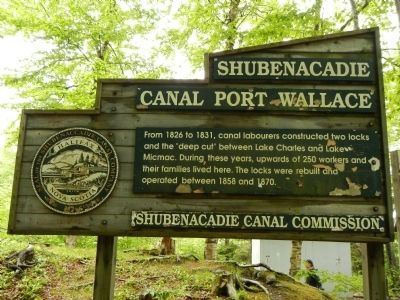 From 1826 to 1831, canal labourers constructed two locks and the “deep cut” between Lake Charles and Lake Micmac. During these years, upwards of 250 workers and their families lived here. The locks were rebuilt and operated between 1858 and 1870.

Topics. This historical marker is listed in this topic list: Waterways & Vessels. A significant historical year for this entry is 1826. 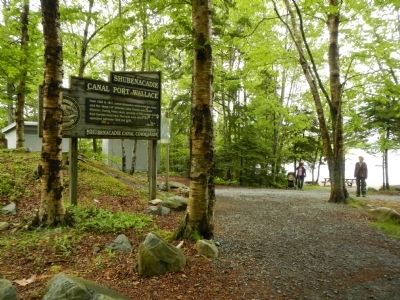 More about this marker. This marker is in Shubie Park near Lake Charles and the Shubie Campground.

Also see . . .  Shubenacadie Canal - Wikipedia. The Shubenacadie Canal is a Canadian canal in central Nova Scotia, linking Halifax Harbour with the Bay of Fundy by way of the Shubenacadie River and Shubenacadie Grand Lake. Begun in 1826, it was not completed until 1861 and was closed in 1871. (Submitted on October 14, 2014, by Barry Swackhamer of Brentwood, California.) 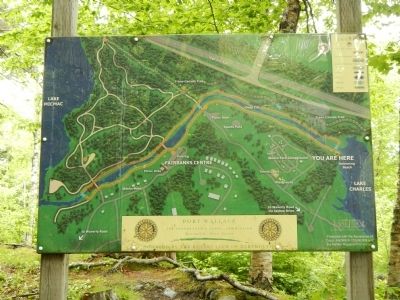