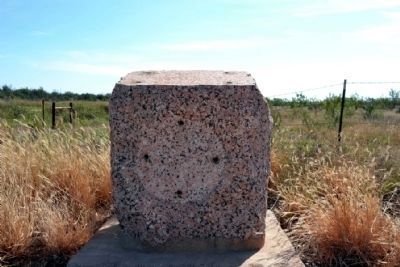 Photographed By Duane Hall, October 27, 2014
1. 8.6 Miles South to Fort Phantom Hill Marker
The marker is missing its inscription tablet on top
and the medallion plate in front
Inscription.
8.6 Miles South to Fort Phantom Hill. . Established November 14, 1851 by the United States Army as a protection of the settlers against the Indians. Abandoned and burned April 6, 1854. Repaired and used by Southern Overland Mail, 1858-1861, sub-post of Fort Griffin, 1871-1872, temporary county seat of Jones County in 1881. . This historical marker was erected in 1936 by Texas Highway Department. It is Near Lueders in Jones County Texas

Topics and series. This historical marker is listed in these topic lists: Communications • Forts and Castles • Settlements & Settlers • Wars, US Indian. In addition, it is included in the Texas 1936 Centennial Markers and Monuments series list. A significant historical date for this entry is April 6, 1854. 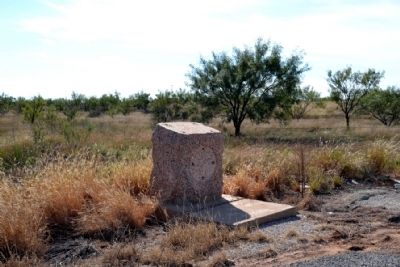 More about this marker. The marker is missing its top inscription tablet and front medallion plate but the marker base remains and is in good condition. 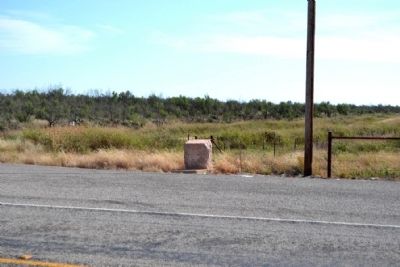 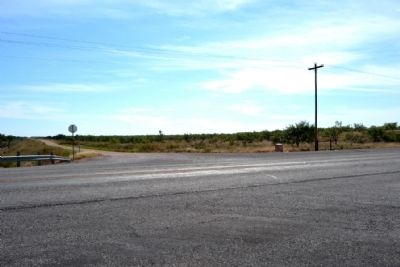 Photographed By Duane Hall, October 27, 2014
4. Intersection of US 180 and County Road 329
Marker is located at southwest corner of intersection 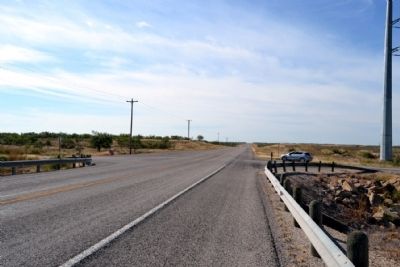 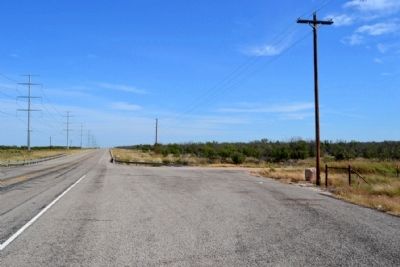 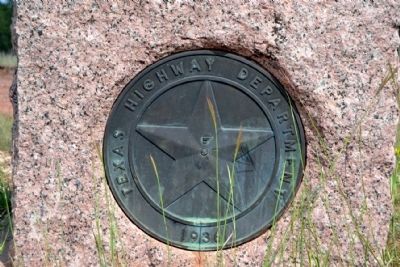