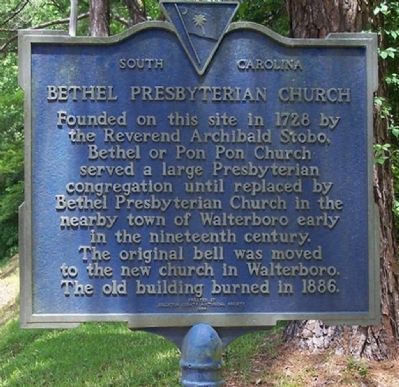 Founded on this site in 1728 by the Reverend Archibald Stobo, Bethel or Pon Pon Church served a large Presbyterian congregation until replaced by Bethel Presbyterian Church in nearby town of Walterboro early in the nineteenth century. The original bell was moved to the new church in Walterboro. The old building burned in 1886.

Location. 32° 47.929′ N, 80° 29.748′ W. Marker is in Jacksonboro, South Carolina, in Colleton County. Marker is on Charleston Hwy (State Highway 64), on the right when traveling north. Touch for map. Marker is in this post office area: Jacksonboro SC 29452, United States of America. Touch for directions. 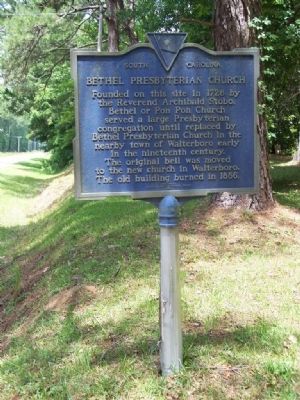 More about this marker. Marker is 12 miles East of Walterboro

Regarding Bethel Presbyterian Church. Bethel Presbyterian Church Cemetery remains today the site of the church organized 1728 by Rev. Archibald Stobo, the father of the Presbyterian Church in South Carolina. Until the Revolution, all ministers of Bethel came from Scotland. The first building was called the "Meeting House" and lasted until 1746 when a handsome church was erected. Eleven thousand handmade bricks made up the foundation of the forty-foot square building. This colonial church was destroyed by a forest fire in 1886. Buried here is Commander John Herbert Dent, acting commanding officer of the USS Constitution, "Old Ironsides."

Related marker. Click here for another marker that is related to this marker. The Bethel Presbyterian Church in Walterboro. 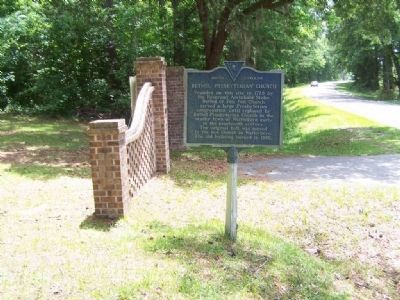 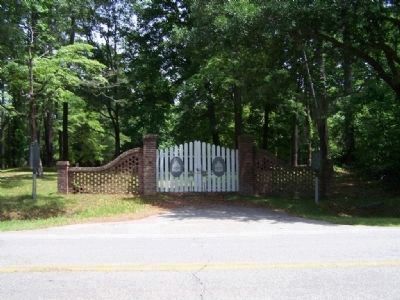 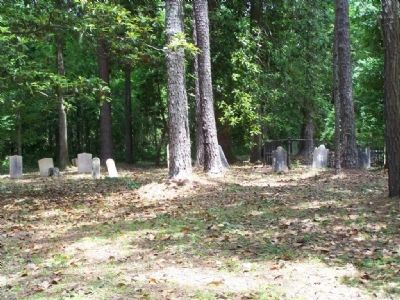 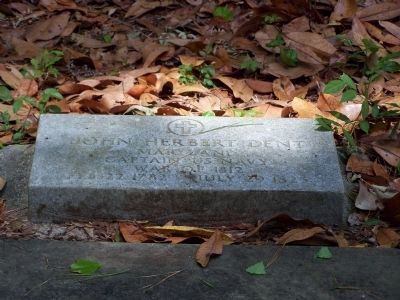 By Mike Stroud, May 2008
6. John Herbert Dent's grave marker
Captain of USS Constituton, in 1804 during the war with Tripoli. 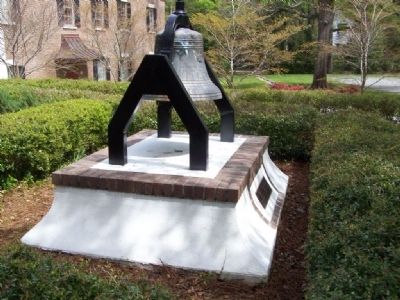