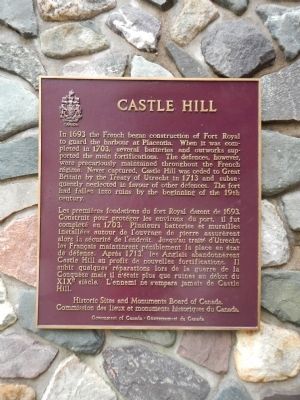 English
In 1693 the French began construction of Fort Royal to guard the harbour at Placentia. When it was completed in 1703, several batteries and outworks supported the main fortifications. The defences, however, were precariously maintained throughout the French régime. Never captured, Castle Hill was ceded to Great Britain by the Treaty of Utrecht in 1713 and subsequently neglected in favor of other defences. The fort has fallen into ruins by the beginning of the 19th century. 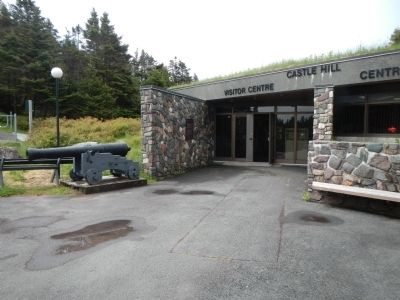 Topics and series. This historical marker is listed in these topic lists: Forts and Castles • War, French and Indian. In addition, it is included in the Canada, Historic Sites and Monuments Board series list. A significant historical year for this entry is 1693.

More about this marker. Castle Hill National Historic Site is located at the end of Castle Hill Road, 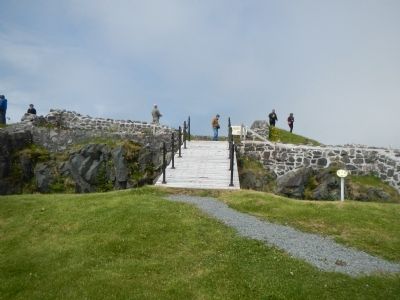 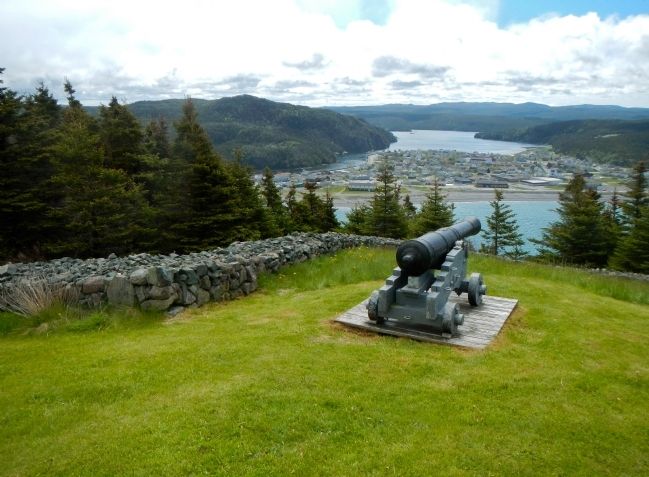