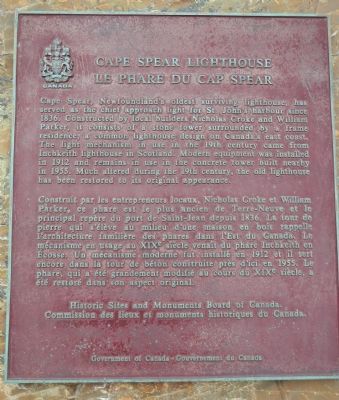 English
Cape Spear, Newfoundland’s oldest surviving lighthouse, has served as the chief approach light for St. John’s harbour since 1836. Constructed by local builders Nicholas Croke and William Parker, it consists of a stone towner surrounded by a frame residence, a common lighthouse design on Canada’s east coast. The light mechanism in use in the 19th century came from Inchkeith lighthouse in Scotland. Modern equipment was installed in 1912 and remains in use in the concrete tower built nearby in 1955. Much altered during the 19th century, the old lighthouse has been restored to its original appearance. 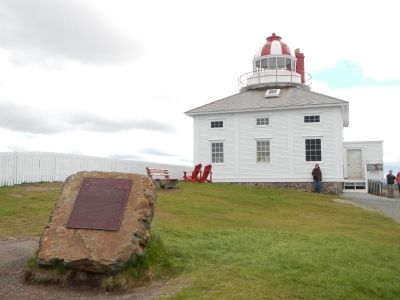 Topics and series. This historical marker is listed in these topic lists: Communications • Waterways & Vessels. In addition, it is included in the Canada, Historic Sites and Monuments Board, and the Lighthouses series lists. A significant historical year for this entry is 1836.

More about this marker. The Cape Spear lighthouse is located in Cape Spear National Historic Site. Cape Spear is the eastern most point in Canada. 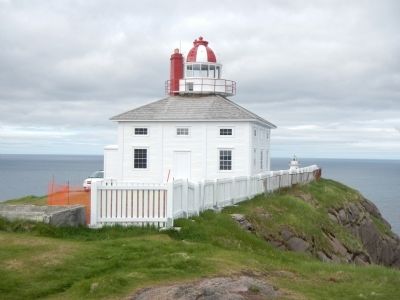 Photographed By Barry Swackhamer, June 22, 2014
3. Cape Spear Lighthouse
n 1832, the newly created legislative assembly authorized the construction of lighthouses for the safety of coastal navigation. Because of its proximity to St. John's harbour, Cape Spear was chosen as the site for the new lighthouse in Newfoundland. (Submitted on November 23, 2014, by Barry Swackhamer of Brentwood, California.) 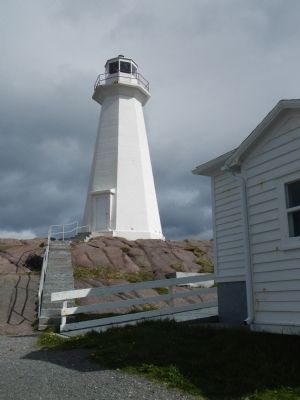 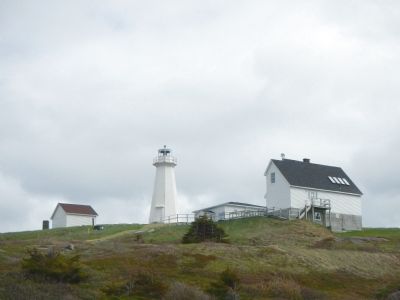