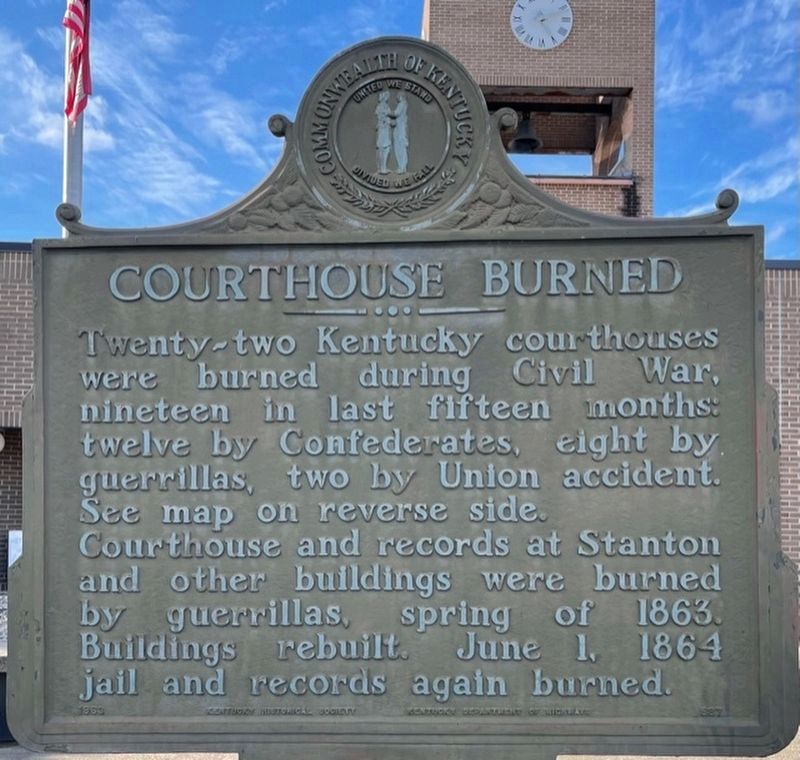 Photographed By Frank Profitt, January 19, 2021
1. Courthouse Burned Marker
Inscription.
Courthouse Burned. . Twenty-two Kentucky courthouses were burned during Civil War, nineteen in last fifteen months; twelve by Confederates eight by guerrillas, two by Union accident. See map reverse side. Courthouse and records at Stanton and other buildings were burned by guerrillas, spring of 1863. Buildings rebuilt, June 1, 1864, jail and records again burned. . This historical marker was erected in 1963 by Kentucky Historical Society-Kentucky Department of Highways. It is in Stanton in Powell County Kentucky

Topics and series. This historical marker is listed in these topic lists: Government & Politics • War, US Civil. In addition, it is included in the Kentucky Historical Society series list. A significant historical date for this entry is June 1, 1864. 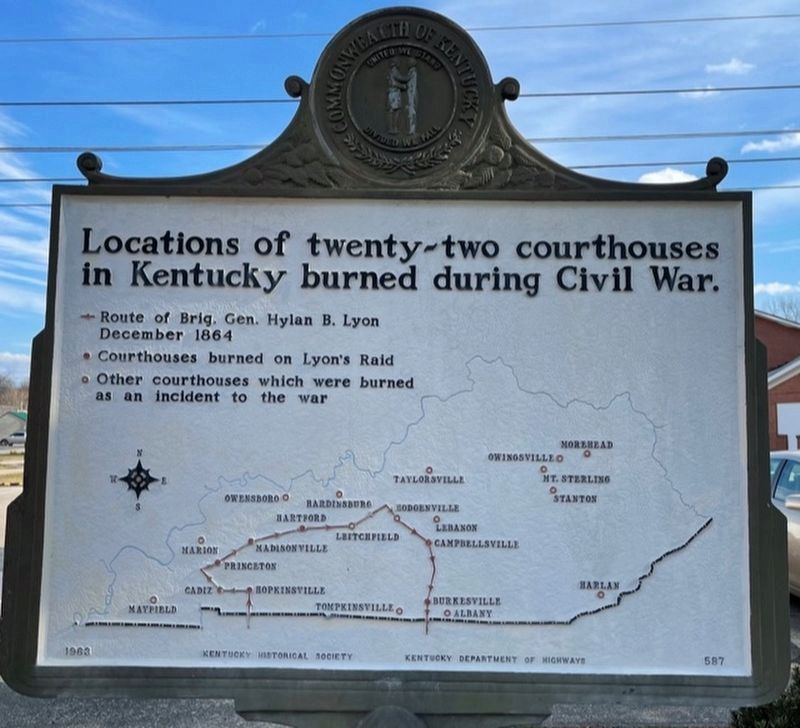 Regarding Courthouse Burned. The marker is on the grounds of the Powell County Courthouse

Related markers. Click here for a list of markers that are related to this marker. Twenty-two Kentucky courthouses were burned during the Civil War. 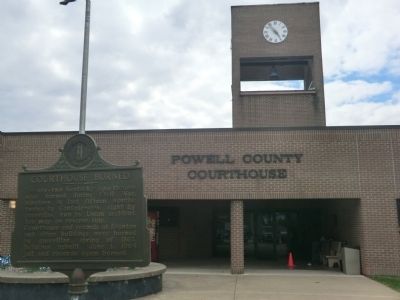 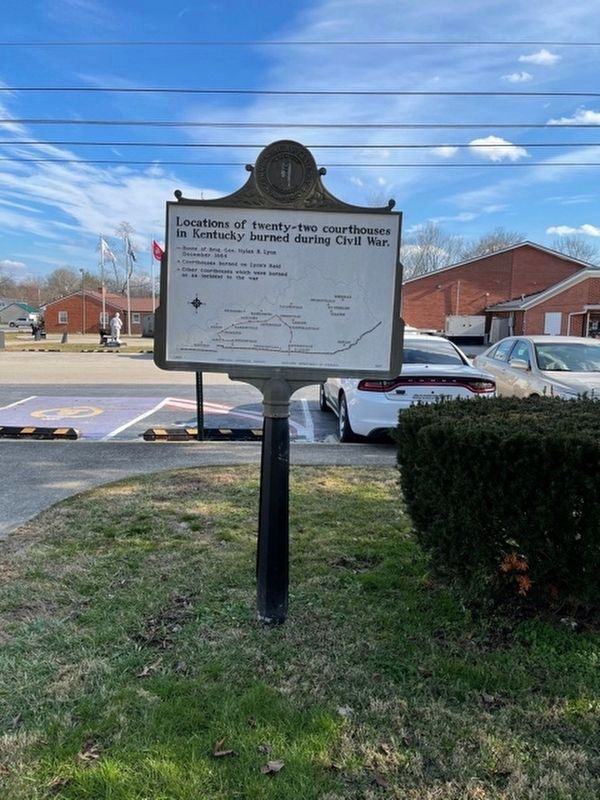