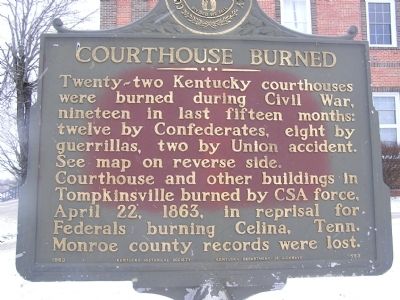 Courthouse and other buildings in Tompkinsville burned by CSA force, April 22, 1863, in reprisal for Federals burning Celina, Tenn. Monroe County records were lost.

Topics and series. This historical marker is listed in this topic list: War, US Civil. In addition, it is included in the Kentucky Historical Society series list. A significant historical date for this entry is April 22, 1864.

Other nearby markers. At least 8 other markers are within 2 miles of this marker, measured as the crow flies. Monroe County - Tompkinsville (here, next to this marker); Monroe County World War I Memorial 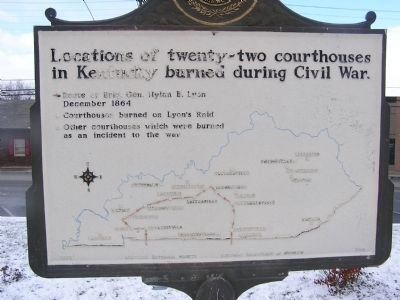 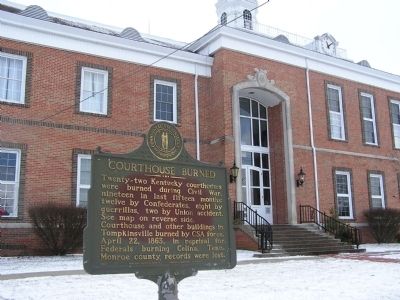 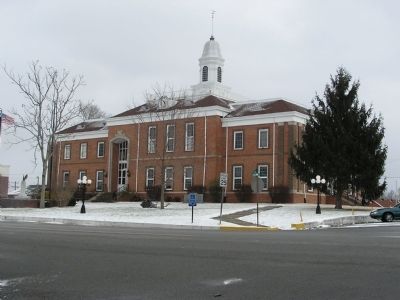