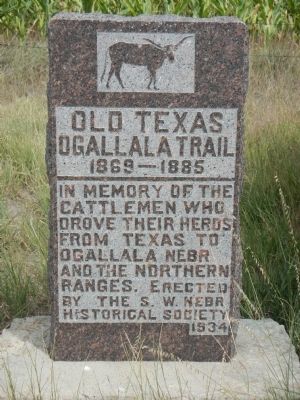 In memory of the cattlemen who drove their herds from Texas to Ogallala Nebr and the northern ranges.

Other nearby markers. At least 4 other markers are within 13 miles of this marker, measured as the crow flies. Massacre Canyon (approx. 4.3 miles away); The Leavenworth and Pike’s Peak Express (approx. 10.8 miles away); Culbertson (approx. 11.1 miles away); Prisoners of War in Hitchcock County (approx. 12½ miles away).

More about this marker. This marker is about a mile west of the intersection of US 34 and SR 25. 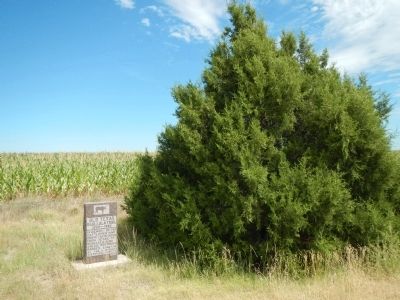