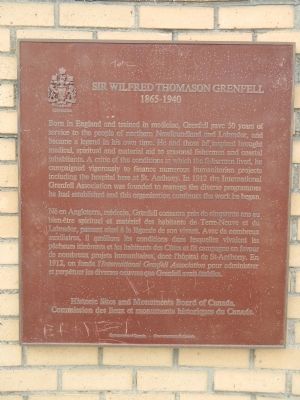 English:
Born in England and trained in medicine, Grenfell gave 50 years of service to the people of northern Newfoundland and Labrador, and became a legend in his own time. He and those he inspired brought medical, spiritual and material aid to seasonal fishermen and coastal inhabitants. A critic of the conditions in which the fishermen lived, he campaigned vigorously to finance numerous humanitarian projects including the hospital here at St. Anthony. In 1912 the International Grenfell Association was founded to manage the diverse programs he had established and this organization continues the work he began. 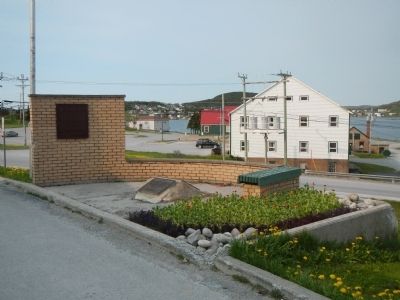 Topics and series. This historical marker is listed in this topic list: Science & Medicine. In addition, it is included in the Canada, Historic Sites and Monuments Board series list. A significant historical year for this entry is 1912.

Location. 51° 21.743′ N, 55° 35.158′ W. Marker is in St. Anthony, Newfoundland and Labrador, in Great Northern Peninsula, Newfoundland. Marker is on West Street close to Hospital Road, on the right when traveling east. Touch for map. Marker is at or near this postal address: 200 West Street, St Anthony NL A0K 4S0, Canada. Touch for directions.

More about this marker. This marker is located near the entrance to the Charles S. Curtis Memorial Hospital.

Also see . . .  Sir Wilfred Thomason Grenfell - Dictionary of Canadian Biography. Sir Wilfred Grenfell's idealism and energy brought to the west and north coasts of Newfoundland, as well as to the south coast of Labrador, modern medical institutions and industrial and educational centres that raised the standard of living in those regions. Having carried them through the period of commission government, 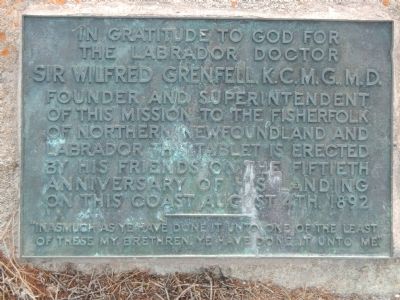 Photographed By Barry Swackhamer, June 28, 2014
3. Plaque located near the Sir Wilfred Thomason Grenfell Marker
In Gratitude to God for
the Labrador doctor
Sir Wilfred Grenfell, K.C.M/G. M/D.
founder and superintendent
of this mission to the fisherfolk
of Northern Newfoundland and
Labrador this tablet is erected
by his friends on the fiftieth
anniversary of his landing
on this coast August 4th 1892
Inasmuch as ye have done it unto one of the least of these my brethren, ye have done it unto me.
the Grenfell Mission was absorbed by the province following confederation in 1949. Meanwhile, the International Grenfell Association perpetuated itself to manage the funds raised by its founder over the years. (Submitted on December 11, 2014, by Barry Swackhamer of Brentwood, California.)

Photographed By Barry Swackhamer, June 28, 2014
4. This plaque is located near the Sir Wilfred Thomason Grenfell Marker
1892 - 1992
Sir Wilfred Grenfell came to this coast
one hundred years ago. With gratitude we
honour Grenfell and all who have
followed him to work with the people
of Newfoundland and Labrador.
August 4, 1992
Faith, Hope and Love abide, but the greatest of these is love. 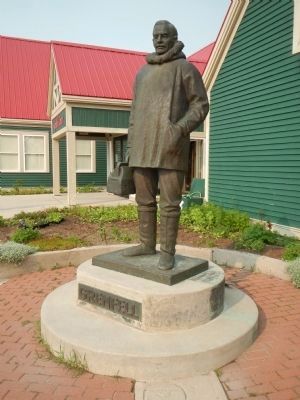 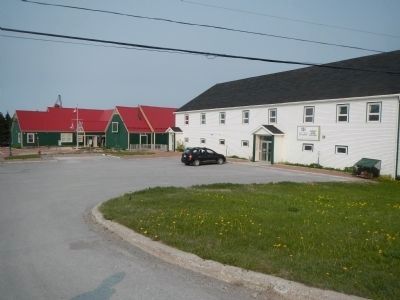 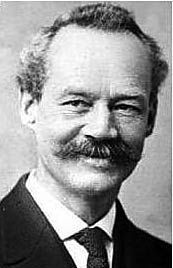 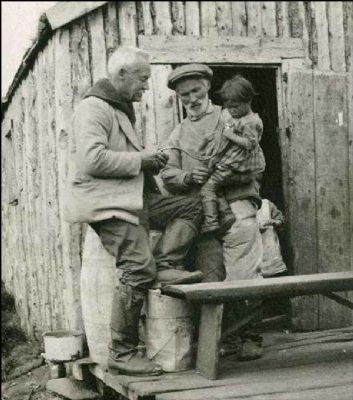