— Marking the “Gore” at the Whitewater Canal — 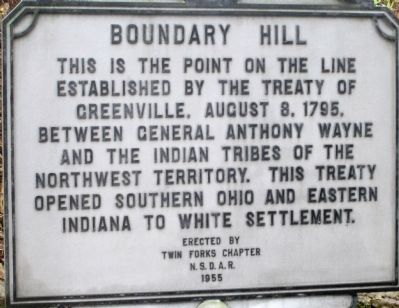 Photographed By Rev. Ronald Irick, December 16, 2014
1. Boundary Hill Marker
close up, showing text
Inscription.
Boundary Hill. The Greenville Treaty Line in Southern Indiana. This is the point on the line established by the Treaty of Greenville, August 8, 1795, between General Anthony Wayne and the Indian tribes of the Northwest Territory. This treaty opened southern Ohio and eastern Indiana to white settlement. . This historical marker was erected in 1955 by Twin Forks Chapter NSDAR. It is Near Metamora in Franklin County Indiana

This is the point on the line established by the Treaty of Greenville, August 8, 1795, between General Anthony Wayne and the Indian tribes of the Northwest Territory. This treaty opened southern Ohio and eastern Indiana to white settlement.

Topics and series. This historical marker is listed in these topic lists: Native Americans • Settlements & Settlers. In addition, it is included in the Daughters of the American Revolution (DAR) series list. A significant historical year for this entry is 1795.

Location. 39° 25.824′ N, 85° 2.53′ W. Marker is near Metamora, Indiana, in Franklin County. Marker is on US Rt 52 (U.S. 52), on the left when traveling west. marker is located on the south side of US Rt 52, about 1 mile west of Brookville, Indiana. It has a Metamora mailing address, even though it is about six miles east of Metamora. The marker is above the Whitewater River, and the old Whitewater Canal. Touch for map. Marker is at or near this postal address: 13449 US-52, Metamora IN 47030, United States of America. Touch for directions.

Other nearby markers. At least 8 other markers are within 2 miles of this marker, measured as the crow 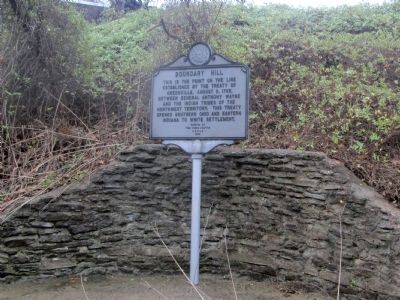 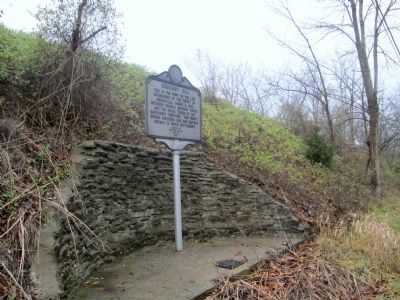 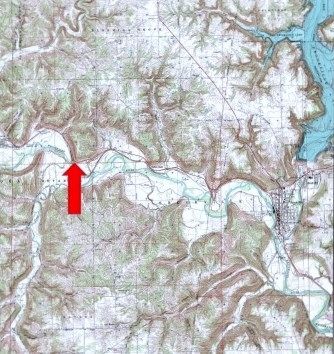 Photographed By Rev. Ronald Irick
4. Boundary Hill site
the Greenville Treaty Line ran from the Mouth of the Cuyahoga River, up to the Portage, down the Tuscawarus, to the Crossing Place above Fort Laurens, then across ohio to fort Loramie, then on to fort recovery. From there it ran south west across Indiana to the Ohio river, opposite the Mouth of the Kentucky River. This line created a "Gore" of land in eastern Indiana, just west of the Ohio state line. This marker is on the line as it runs southwest to the Ohio River. Another marker is about three miles further south. 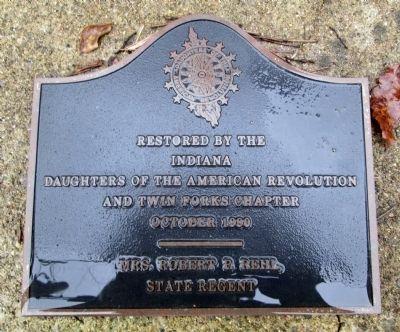 Photographed By Rev. Ronald Irick, December 16, 2014
5. Boundary Hill
newer plaque, describing refurbishing of the marker. Again, by the DAR Hats off to these dedicated Ladies. 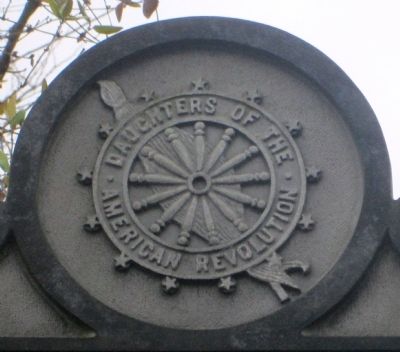