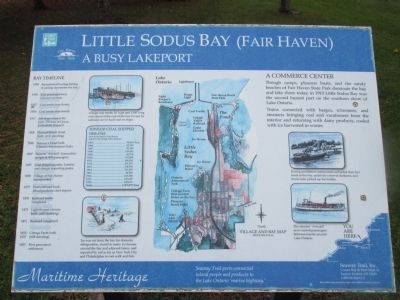 A Commerce Center.
Though camps, pleasure boats, and the sandy beaches of Fair Haven State Park dominate the bay and lake shore today, in 1910 Little Sodus Bay was the second busiest port on the southern shore of Lake Ontario.
Trains connected with barges, schooners, and steamers bringing coal and vacationers from the interior and returning dairy products, cooled with ice harvested in winter.

During prohibition rumrunners unloaded their fast boats in the bay, under cover of darkness, and trucks later picked up the bottles.

The steamer 'Arundell' once carried passengers between resorts around Lake Ontario.

Ice was cut from the bay for domestic refrigeration, stored in many ice houses around the bay and adjacent farms, and exported by rail as far as New York City and Philadelphia to cool milk and fish.

A huge coal trestle 30' high and 1500' long once stood at the end of the bay for use by railroad cars to load coal on ships. 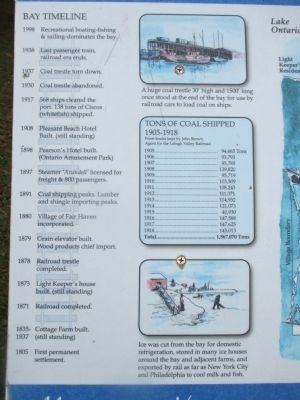 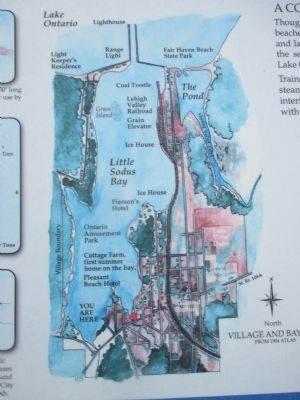 Topics and series. This historical marker is listed in these topic lists: Industry & Commerce • Railroads & Streetcars • Waterways & Vessels. In addition, it is included in the Great Lakes Seaway Trail National Scenic Byway series list. A significant historical year for this entry is 1910. 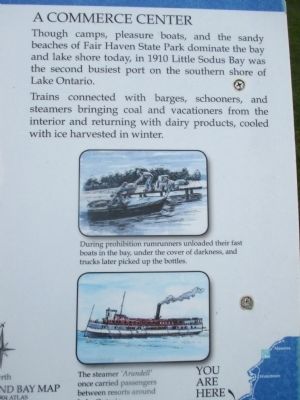 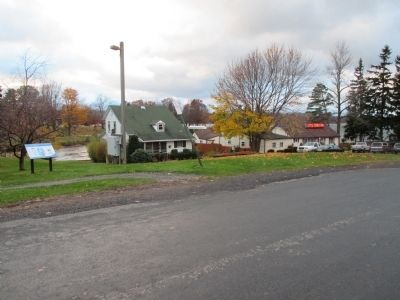 Photographed By Anton Schwarzmueller, November 7, 2014
5. Marker Faces Bell Avenue
Marker is north off NY 104A and before the first house on Bell Avenue. 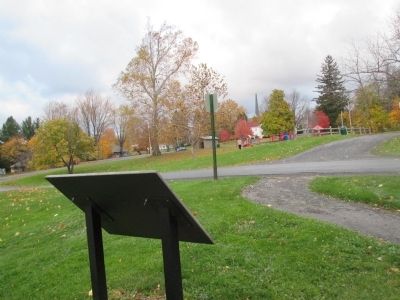 Photographed By Anton Schwarzmueller, November 7, 2014
6. Back of Marker, View Towards Bell Avenue 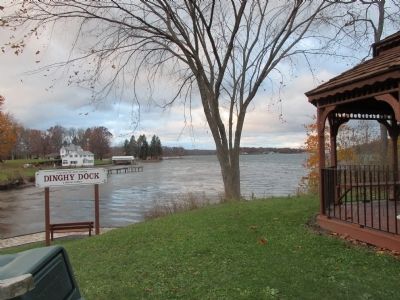