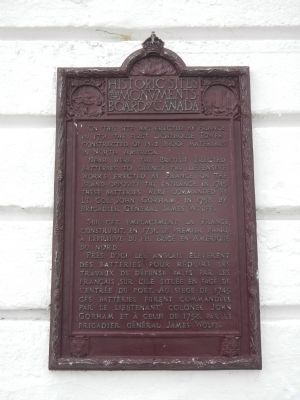 English:
On this site was erected by France, in 1731, the first Lighthouse Tower, constructed of fireproof materials, in North America.

Near here the British erected batteries to silence the defensive works erected by France. In 1745, these batteries were commanded by Lt. Co. John Gorham; in 1758, by Brigadier General James Wolfe.

Topics and series. This historical marker is listed in these topic lists: Communications • War, French and Indian 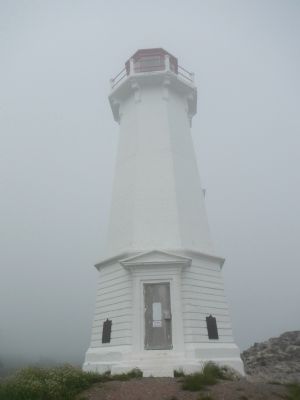 Click or scan to see
this page online
• Waterways & Vessels. In addition, it is included in the Canada, Historic Sites and Monuments Board, and the Lighthouses series lists. A significant historical year for this entry is 1731.