“The Iron Horse in Grand Rapids” 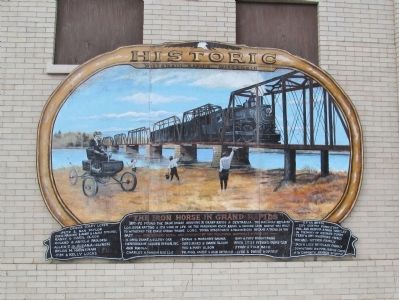 1871-72 found the iron horse arriving in Grand Rapids & Centrailia. The railroad bridge replaced log, river rafting & its loss of life on the dangerous river rapids. A modern iron bridge was built to withstand the early, spring thaws. Long, tiring stagecoach & wagonrides became a thing of the past. 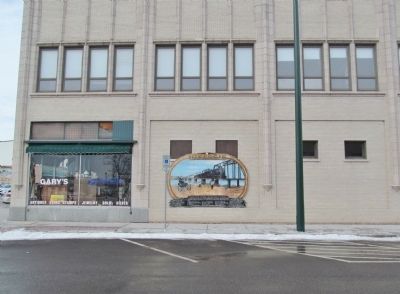 More about this marker. The mural – not painted directly on the wall, but painted on wood panels – was part of a "Murals Walk," established by the Public Art Group of the Downtown Revitalization Cluster. It was painted in 2006 by Susan Sampson of Black River Falls.