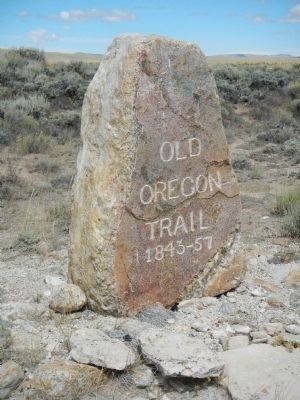 Location. 42° 20.587′ N, 108° 53.206′ W. Marker is near Lander, Wyoming, in Fremont County. Marker is on Emigrant Trail near Oregon Bluffs Road, on the right when traveling west. Touch for map. Marker is in this post office area: Lander WY 82520, United States of America. Touch for directions. 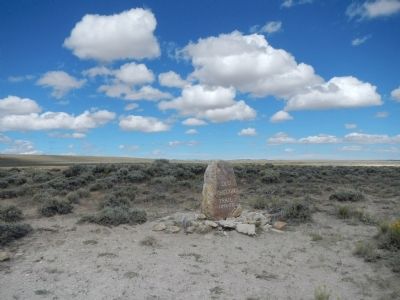 More about this marker. Located at the summit of South Pass, the simplicity of this marker belies its significance in preservation of the Oregon Trail. The marker was placed there in 1906 by Ezra Meeker. Earlier, in 1852, Meeker and his wife had made their way from Ohio to Oregon Territory on the trail. To him the Oregon Trail was a “symbol of the heroism, the patriotism, the vision, and the sacrifice of the pioneers who had won the West for America” and in 1906 he began an effort to mark significant spots along the Trail. Until then there were only twenty-two monuments on the the route.
Meeker’s campaign took the form of traveling from Puget Sound to Independence Missouri (west to east) by covered wagon pulled by oxen. Beginning in March, he reached South Pass in mid-June where he erected the marker above. In his book, Ox-Team Days he described the event.

On June 22 we were still camped at Pacific Spring. I had searched for a suitable stone for a monument to be placed on the summit of the range, and after almost despairing of finding one, had come upon exactly what we wanted. The stone lay alone on the mountain side; it is granite, I think, but mixed with quartz, and is a monument hewed by the hand of Nature.

… With the help of four men we loaded the stone, after having dragged it on the ground and over the rocks a hundred yards or so down the mountain side. We estimated its weight at a thousand pounds.

… The letters were then cut out with a cold chisel, deep enough to make a permanent inscription. The stone was so hard that it required steady work all day to cut the twenty letters and figures.

After finishing his 15 months journey to Missouri, Meeker continued on to Washington,D.C. where he lobbied for and got congressional approval for a bill appropriating $50,000 to marker the Oregon Trial. This resulted in over 150 erected along the Trail. Not one to rest on his laurels, Meeker was elected, in his nineties, as the first president of the Oregon Trail Memorial Association, the first of many subsequent trail preservation associations.

Also see . . .  Ezra Meeker - Wikipedia. According to Larsen in his book on Meeker's journey east,
It's easy to assume Ezra Meeker's remarkable 1906–08 expedition over the Oregon Trail was a well-oiled machine that worked as planned ... But it wasn't always an easy journey. ... Faith in the whole enterprise, let alone encouragement, was in rather short supply. His own daughter told him that people would laugh at him if he went out on the trail with an old yoke of oxen .. (Submitted on January 28, 2015, by Barry Swackhamer of Brentwood, California.) 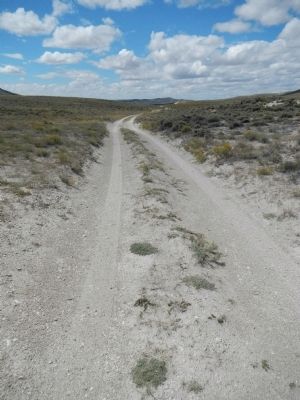 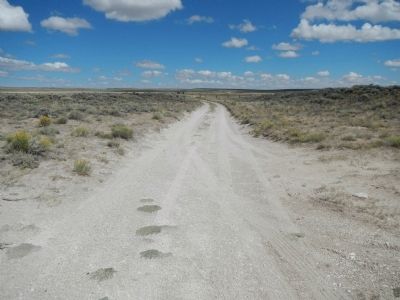 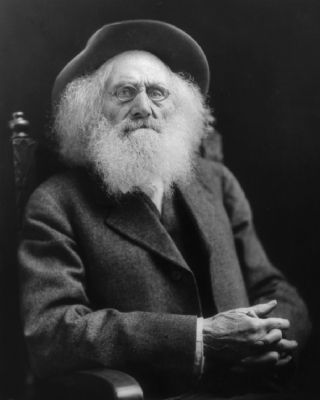 January 17, 1921
5. Erza Meeker
Photo courtesy of the Library of Congress. 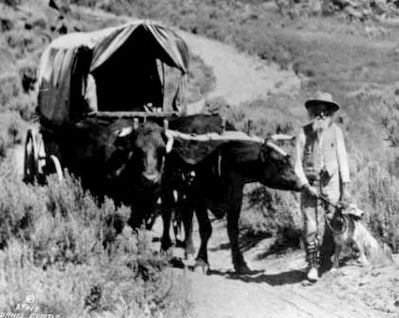 By Unknown, circa 1906
6. Erza Meeker on the Oregon Trail 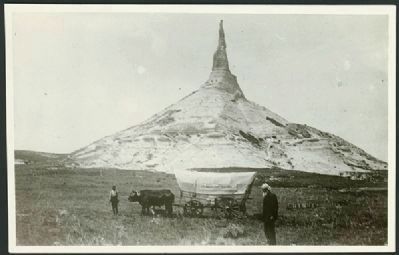