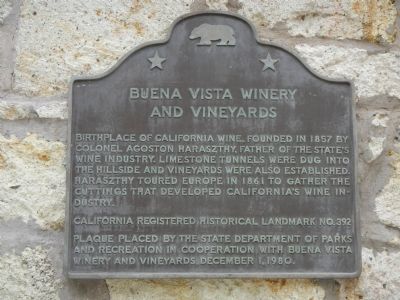 Birthplace of California wine. Founded in 1857 by Colonel Agoston Haraszthy, father of state’s wine industry. Limestone tunnels were dug into the hillside and vineyards were also established. Haraszthy toured Europe in 1861 to gather the cuttings that developed California’s wine industry.

Erected 1980 by State Department of Parks and Recreation in cooperation with Buena Vista Winery and Vineyards. (Marker Number 392.)

Topics and series. This historical marker is listed in these topic lists: Agriculture • Industry & Commerce. In addition, it is included in the California Historical Landmarks, and the Chinese Heritage Sites of the American West series lists. A significant historical year for this entry is 1857.

Other nearby markers. At least 8 other markers are within 2 miles of this marker, measured as the crow flies. Buena Vista Press House (a few steps from this marker); Harazthy Villa (approx. 0.2 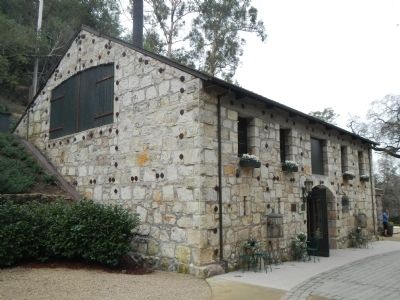 By Barry Swackhamer, February 5, 2015
2. Buena Vista Winery and Vineyards Marker
The marker is to the right of the entrance.

[Agoston Haraszthy] constructed the first gravity-flow winery in California and in the surrounding hills, he excavated Sonoma's first caves for aging and storing wine with the aide of Chinese laborers, whose virtues he extolled. He is also credited with being the first to experiment with Redwood barrels for aging and fermenting, an adaptation of traditional European oak barrels that employed the resources of the local forests.

(Submitted on February 9, 2015, by Barry Swackhamer of Brentwood, California.) 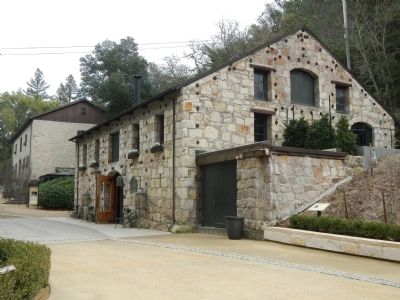 By Barry Swackhamer, February 5, 2015
3. Buena Vista Winery
in 1857. Haraszthy proclaimed himself “The Count” of Buena Vista. Coming from Europe, he was outspoken about the rights of Chinese workers. He continued to employ the Chinese even after threats were made against his life; some so relentless he began carrying a firearm on his hip at all times. Though an innovator and a man ahead of his time, the Chinese he employed were still paid much less than the average white man: $8 per month to the White laborers $30. Even a man as progressive as Haraszthy benefited from the unequal pay between White and Chinese laborers. 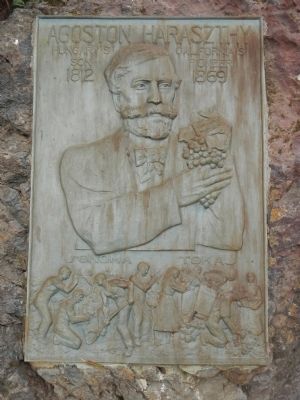 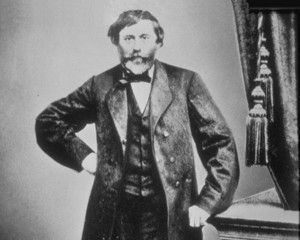