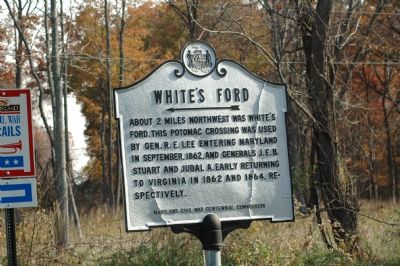 By Tom Fuchs, November 4, 2006
1. White’s Ford Marker
Inscription.
White’s Ford. . About 2 miles northwest was White’s Ford. This Potomac crossing was used by Gen. R. E. Lee entering Maryland in September, 1862, and Generals J.E.B. Stuart and Jubal A. Early returning to Virginia in 1862 and 1864, respectively. . This historical marker was erected by the Maryland Civil War Centennial Commission. It is in Martinsburg in Montgomery County Maryland

About 2 miles northwest was White’s Ford. This Potomac crossing was used by Gen. R. E. Lee entering Maryland in September, 1862, and Generals J.E.B. Stuart and Jubal A. Early returning to Virginia in 1862 and 1864, respectively. 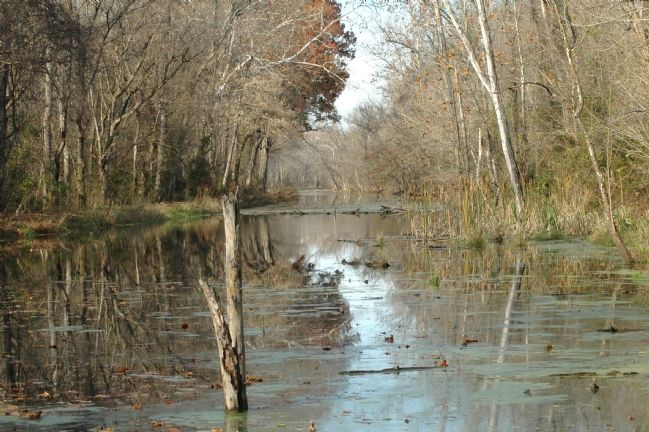 Click or scan to see
this page online
1.7 miles away); Lee Crosses Into Maryland (approx. 1.7 miles away in Virginia).

More about this marker. Marker points towards Martinsburg Road. There is parking at where White’s Ford used to be at the Dickerson Conservation Park 2 miles up on Martinsburg Road, where another marker awaits.

Regarding White’s Ford. White’s Ford, an obscure crossing before the Civil War, was named after Captain Elijah Viers White, a Confederate cavalry officer and leader of the cavalry battalion known as the Comanches. His farm was on the Virginia side of the ford. He purchased and ran White’s Ferry after the war. 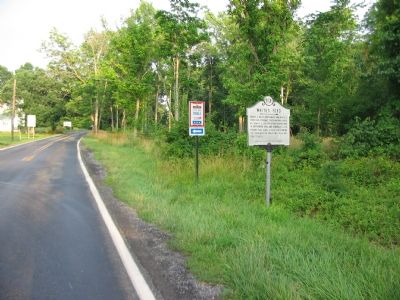 By Craig Swain, June 29, 2007
3. White’s Ford Marker
The Civil War Trails sign directs the traveler down the Martinsburg Road to the Dickerson Conservation Area, where the site of White's Ford is marked by a Maryland Civil War Marker. (See link 2) 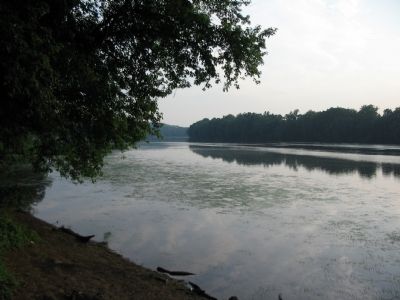 By Craig Swain, June 29, 2007
4. Looking Down River in the Vicinity of White's Ford
Here the men of Gens. Longstreet and Stuart crossed the Potomac into Maryland in September 1862. Gen. Jubal Early would also use this fording site when retiring from his 1864 raid to Washington, D.C. 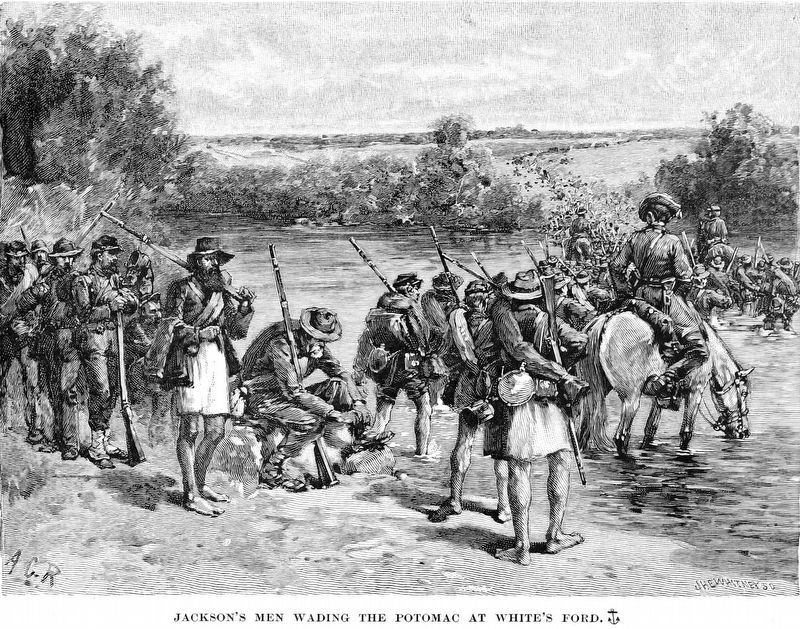