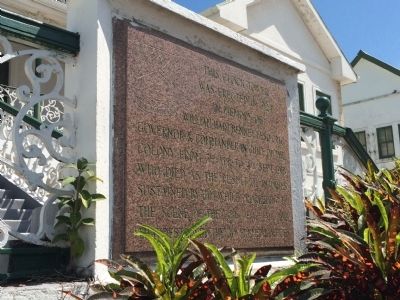 This clock tower was erected in 1924 in memory of William Hart Bennett, Esq. CMG Governor & Commander in Chief of the Colony from 3rd April to 4th Sept. 1918 who died as the result of injuries sustained by him while proceeding to the scene of the fire of 17th Aug 1918 that destroyed the Government Offices

Topics. This historical marker is listed in these topic lists: Colonial Era • Disasters • Government & Politics. A significant historical date for this entry is September 4, 1918.

Other nearby markers. At least 6 other markers are within 14 kilometers of this marker, measured as the crow flies. Antonio Soberanis Gomez (within shouting distance of this marker); Mule Park (about 120 meters away, measured in a direct line); Belize National World War I Cenotaph (approx. half a kilometer away); British Honduras Territorial Force Memorial (approx. half a kilometer away); 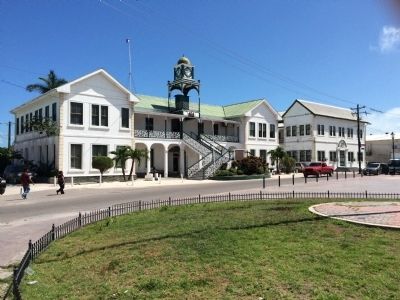 Photographed By J. Makali Bruton, February 26, 2015
2. Wide view of the Death of William Hart Bennett Marker
The marker is mounted onto the steps in front of the Belize Supreme Court building.

More about this marker. Legend has it that Mr. Hart Bennett died when a flagpole from the burning building fell on him. 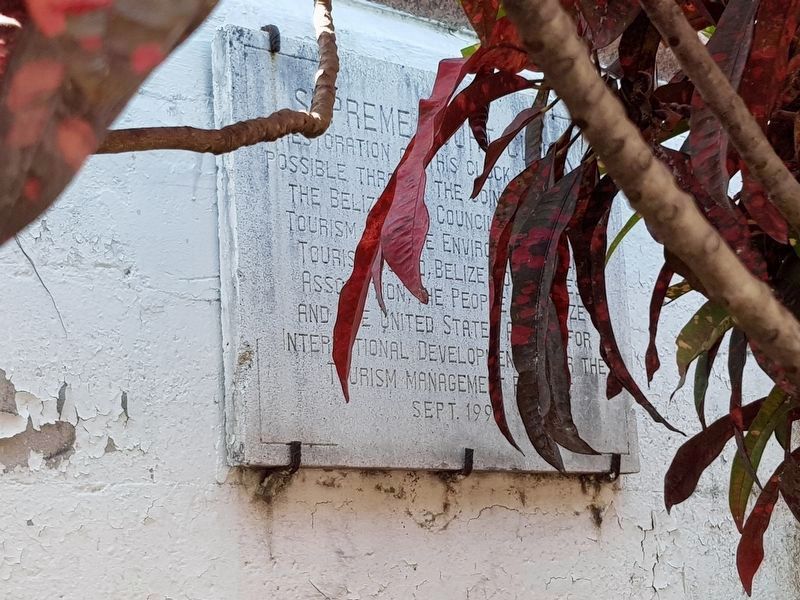 Supreme Court Clock
Restoration of this clock made possible through the joint effort of the Belize City Council, Ministry of Tourism and the Environment, Belize Tourist Board, Belize Tour Guides Association, the people of Belize and the United States Agency for International Development under the
Tourism Management Project
Sept. 1995 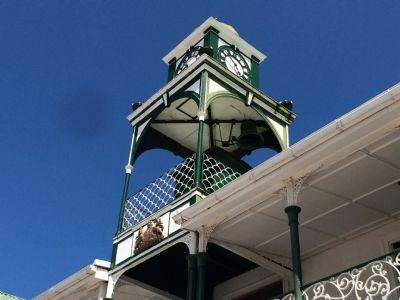