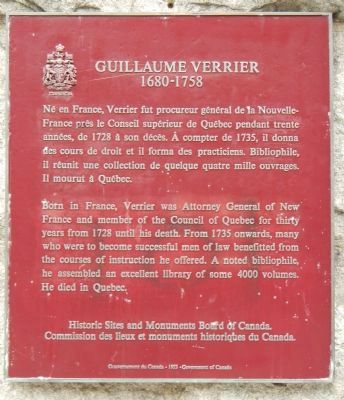 English:
Born in France, Verrier was Attorney General of New France and member of the Council of Quebec for thirty years from 1728 until his death. From 1735 onwards, many who were te become successful men of law benefitted from the courses of instruction he offered. A noted bibliophile he assembled an excellent library of some 4000 volumes. He died in Quebec.

Topics and series. This historical marker is listed in these topic lists: Arts, Letters, Music • Colonial Era • Settlements & Settlers. In addition, it is included in the Canada, Historic Sites and Monuments Board series list. 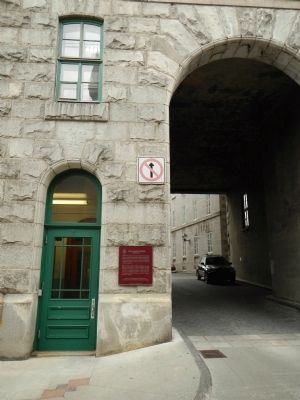 Also see . . .  Louis Guillaume Verrier - Dictionary of Canadian Biography. The most original aspect of Verrier’s work in New France was without doubt his teaching of law. The courses he gave were elementary and amounted to lectures on the ordinances, customary law, and jurisprudence of the period; these courses in law are believed by some to be the first given in North America. (Submitted on March 11, 2015, by Barry Swackhamer of Brentwood, California.) 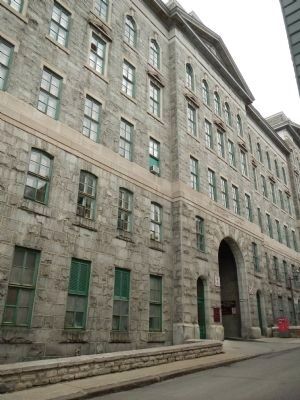