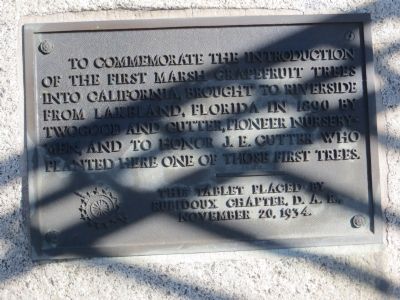 To Commemorate the introduction of the first Marsh Grapefruit Trees into California, brought to Riverside from Lakeland, Florida in 1890 by Twogood and Cutter, pioneer nurserymen, and to honor J.E. Cutter who planted here one of those first trees.

Topics and series. This historical marker is listed in these topic lists: Agriculture • Horticulture & Forestry. In addition, it is included in the Daughters of the American Revolution, and the Historic Trees series lists.

Other nearby markers. At least 8 other markers are within 4 miles of this marker, measured as the crow flies. Parent Washington Navel Orange Tree (a few steps from this marker); Lt Col Shunzo Kido (approx. 2.7 miles away); Mount Rubidoux (approx. 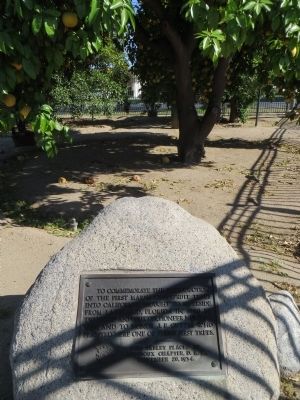 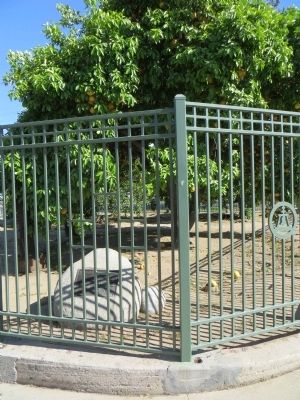