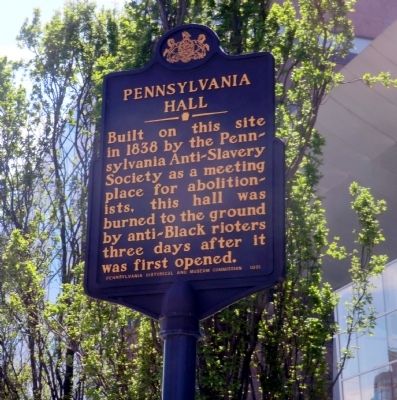 Built on this site in 1838 by the Pennsylvania Anti-Slavery Society as a meeting place for abolitionists, this hall was burned to the ground by anti-Black rioters three days after it was first opened

Topics and series. This historical marker is listed in these topic lists: Abolition & Underground RR • African Americans • Government & Politics. In addition, it is included in the Pennsylvania Historical and Museum Commission series list. A significant historical year for this entry is 1838. 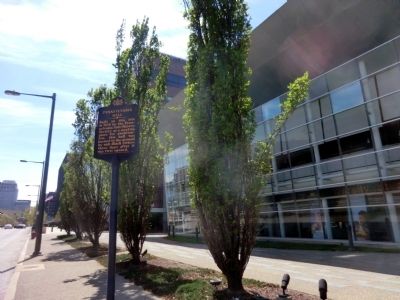