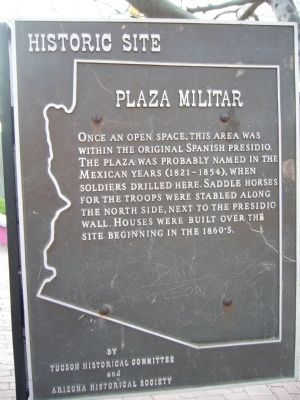 Once an open space, this area was within the original Spanish presidio. The plaza was probably named in the Mexican years (1821-1854), when soldiers drilled here. Saddle horses for the troops were stabled along the north side, next to the presidio wall. Houses were built over the site beginning in the 1860's.

Topics and series. This historical marker is listed in these topic lists: Hispanic Americans • Notable Places • Settlements & Settlers. In addition, it is included in the Arizona, The Presidio Trail series list. A significant historical year for this entry is 1860. 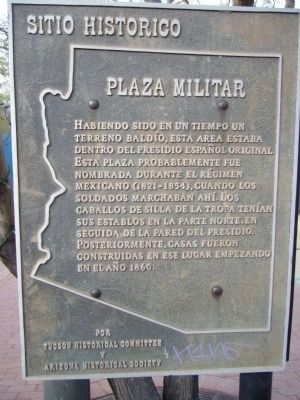 Click or scan to see
this page online
32° 13.412′ N, 110° 58.46′ W. Marker is in Tucson, Arizona, in Pima County. Marker is on West Alameda Street, on the right when traveling west. Plaza Militar is at the entrance to the Tucson Museum of Art. Touch for map. Marker is in this post office area: Tucson AZ 85701, United States of America. Touch for directions. 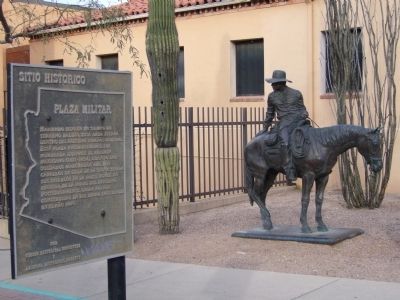 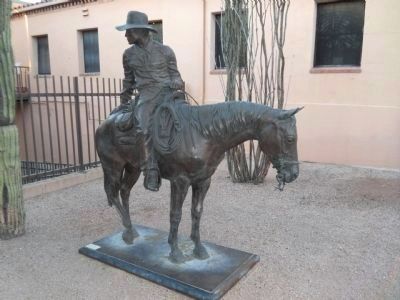 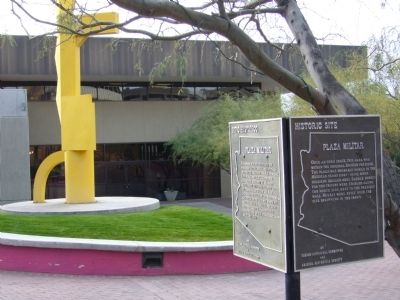