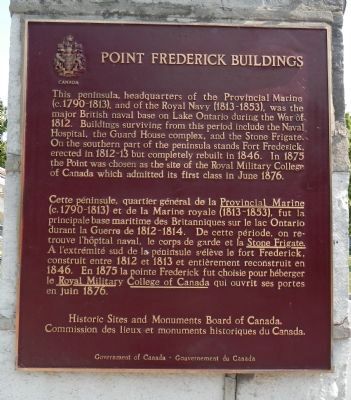 English:
This peninsula, headquarters of the Provincial Marine (c. 1790-1813), and of the Royal Navy (1813-1853), was the major British naval base on Lake Ontario during the War of 1812. Buildings surviving from this period include the Naval Hospital, the Guard House complex, and the Stone Frigate. On the southern part of the peninsula stands Fort Frederick, erected in 1812-13 but completely rebuilt in 1846. In 1875 the Point was chosen as the site of the Royal Military College of Canada which admitted its first class in June 1876. 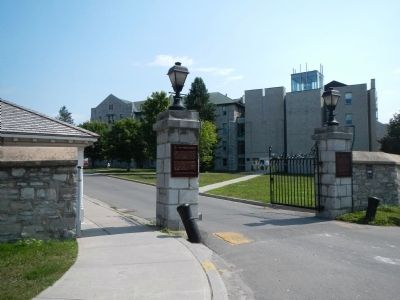 More about this marker. This marker is on the the left-hand gate post at the Valour Drive entrance to grounds of the Royal Military College of Canada. 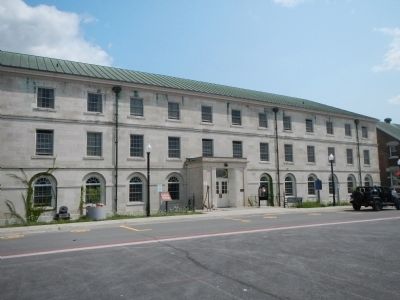 By Barry Swackhamer, August 8, 2014
3. The Stone Frigate
Officer cadets are trained in academics, officership, athletics, and bilingualism. (Submitted on May 23, 2015, by Barry Swackhamer of Brentwood, California.) 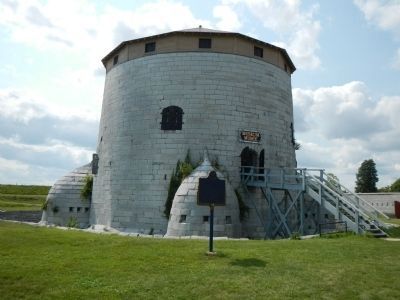 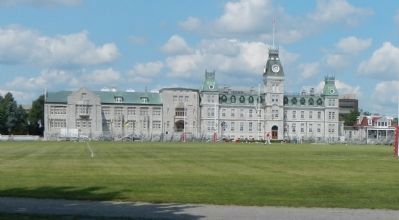 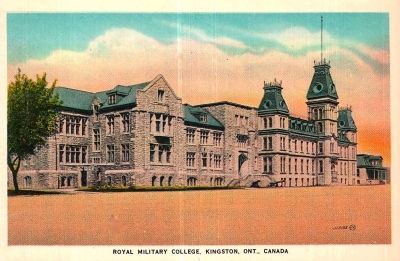 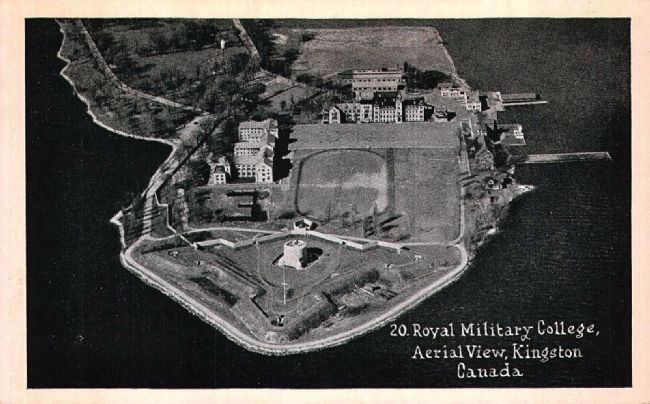