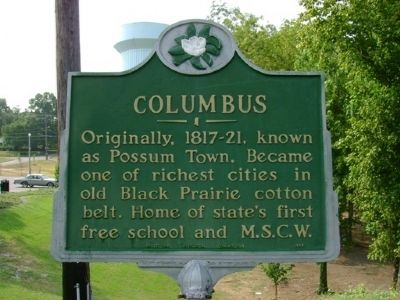 Topics and series. This historical marker is listed in these topic lists: Settlements & Settlers • Women. In addition, it is included in the Mississippi State Historical Marker Program series list.

Other nearby markers. At least 8 other markers are within walking distance of this marker. Robinson Road (within shouting distance of this marker); The Tennessee Williams Visitors Center (about 600 feet away, measured in a direct line); First Home of Tennessee Williams (about 700 feet away); Confederate Decoration Day (approx. 0.2 miles away); St. Paul's Episcopal Church (approx. 0.2 miles away); 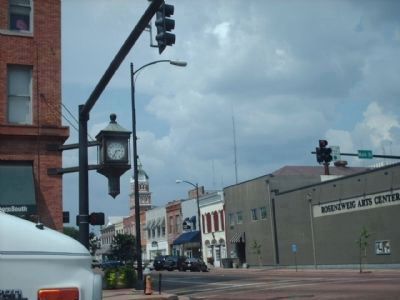 August 30, 2007
2. Main and 5th Street, Columbus, MS
The Lowndes County Court House tower can be seen in the background. 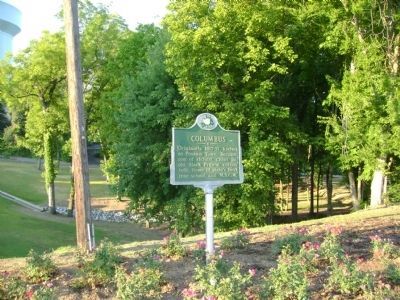