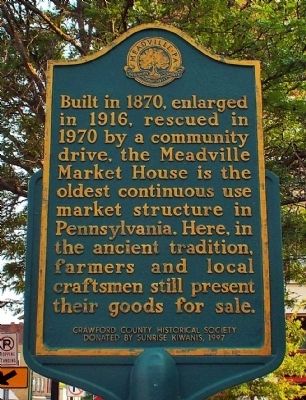 Built in 1870, enlarged in 1916, rescued in 1970 by a community drive, the Meadville Market House is the oldest continuous use market structure in Pennsylvania. Here, in the ancient tradition, farmers and local craftsmen still present their goods for sale.

Erected 1997 by Erected by the Crawford County Historical Society – Donated by Sunrise Kiwanis.

Location. 41° 38.324′ N, 80° 9.213′ W. Marker is in Meadville, Pennsylvania, in Crawford County. Marker is on 900-902 Market Street, on the left when traveling north. Marker is in front of the Market House between the streets of W. Cherry and Chestnut. Touch for map. Marker is in this post office area: Meadville PA 16335, United States of America. Touch for directions. 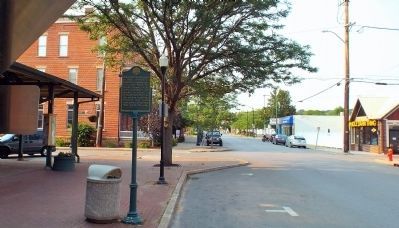 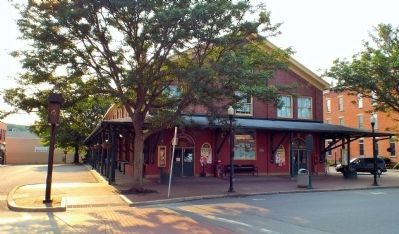