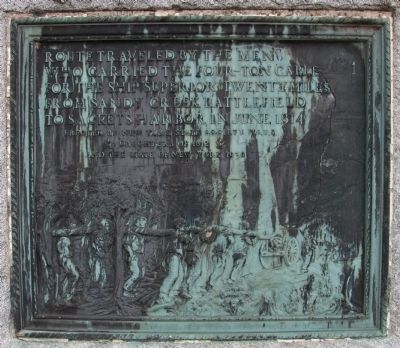 Photographed By Dale K. Benington, July 22, 2015
1. Carrying Cable Route Marker
Inscription.
Carrying Cable Route. .
Route traveled by the men who carried the four-ton cable for the ship "Superior" twenty miles from Sandy Creek Battlefield to Sackets Harbor in June 1814.. . This historical marker was erected in 1930 by New York State Society N.S.U.S., Daughters of 18 12, and the State of New York. It is Near Belleville in Jefferson County New York

Route traveled by the men
who carried the four-ton cable
for the ship "Superior" twenty miles
from Sandy Creek Battlefield
to Sackets Harbor in June 1814.

Topics and series. This historical marker is listed in this topic list: War of 1812. In addition, it is included in the United States Daughters of 1812, National Society series list. A significant historical month for this entry is June 1814.

Location. 43° 50.199′ N, 76° 6.822′ W. Marker is near Belleville, New York, in Jefferson County. Marker is on Butterville Road (County Route 75) north of John's Lane, on the left when traveling north. This marker is located in the middle of a rural country setting, on a bend in the road, some distance off the road (at least 100 feet), at the edge of a clearing. Touch for map. Marker is in this post office area: Belleville NY 13611, United States of America. Touch for directions.

Other nearby markers. At least 8 other markers are within 8 miles of this marker, measured as the crow flies. Camp de L'Observation (approx. 4.4 miles away); 1820 Oliver Bates Home 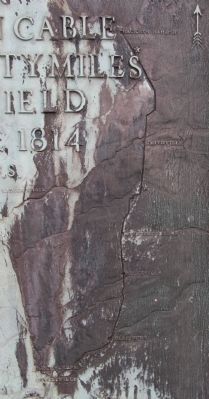 Photographed By Dale K. Benington, July 22, 2015
2. Carrying Cable Route Map
Close-up view, that is displayed on the marker, of a map, showing the route taken by the soldiers and sailors who carried the four-ton cable.

More about this marker. I located a series of three of these markers that commemorate the "Carrying of the Cable" from South Sandy Creek to Sackets Harbor, and all three markers are identical. Each marker is situated surprisingly far from the road, and because of this, it is easy to miss them.

From what I have read, I believe that this particular marker is suppose to be the marker that is located in or near to Smithville, but to me, it seems to be located in the middle of no where.

Regarding Carrying Cable Route. According to a Jefferson County website, there are several markers that commemorate "the Battle of Big Sandy" and/or the "Carrying of the Cable." The website indicates, "There are a number of monuments for the battle as well as the carrying of the Great Cable, as it came to be known. One is right outside Sackets Harbor behind Pennocks Ice Cream Store, another is between Ellisburg and Belleville on Route 289 at the intersection of Lee/Machold Roads, and another in Smithville. These memorials consist of a large piece of granite weighing six tons, seven and a half feet tall and six feet wide, with a plaque. There is also a monument at the site of battle - a large boulder with an inscription, and a marker a short distance away at the McKee Hospital site." 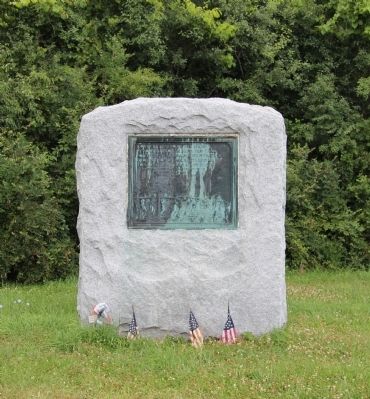 Photographed By Dale K. Benington, July 22, 2015
3. Carrying Cable Route Marker
that the one marker is no longer located behind Pennocks Ice Cream. I am assuming that it was Pennocks Ice Cream that relocated to the other side of State Route 3, because today that particular marker is situated across the street and behind the buildings on the opposite corner (northeast) from Pennocks Ice Cream (southwest corner).

Also see . . .
1. War of 1812: The Carry of the Great Rope. 2010 article by Lawrence P. Gooley in the Adirondack Almanack. Excerpt: “This wasn’t just any length of rope. It was intended as the anchor line and/or rigging for the USS Superior, the huge new frigate that could alter the balance of power on the lake. That meant this was a BIG rope. Most descriptions portrayed it as 6 inches thick and 600 feet long, weighing in at just under 5 tons!

“No cart was big enough to handle its tremendous size and weight, but if it wasn’t delivered, the Superior would remain port-bound, and the Brits would own the lake. Ingenuity often yields solutions at such critical moments, but sometimes good ol’ elbow grease is the answer. In this case, it was a combination of the two, but the emphasis was clearly on the physical.

“A section of the rope (referred to as a cable) was piled on a cart, and the remaining 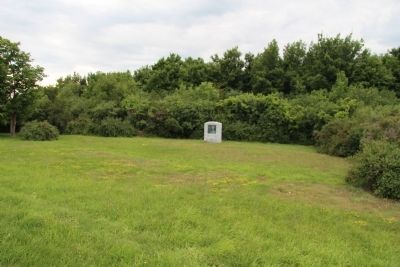 Photographed By Dale K. Benington, July 22, 2015
4. Carrying Cable Route Marker
A distant view of the marker as it appears when looking at it from the roadway.
cable was strung out along the trail. Militiamen heaved it to their shoulders, and like one gigantic, ponderous snake, the cable began moving slowly northward behind the cart.

“There are various accounts of the trip, and claims as to the number of cable-carriers range from 84 to more than 200. Some say that discouraged men skipped out of the nasty job after a few hours, and that locals stepped in to literally shoulder the burden. None of the stories differ on one count, though: participants were left badly bruised from the incredibly difficult ordeal.” (Submitted on July 26, 2015.)

2. An Analysis of the Events Surrounding The Battle of Big Sandy and the Carrying of the Great Rope in. USGenNet website entry (Submitted on July 26, 2015, by Dale K. Benington of Toledo, Ohio.)

3. Battle of Big Sandy and the Carrying of the Great Rope in 1814 (Part 1). Oswego County historical Society website entry (Submitted on September 29, 2021, by Larry Gertner of New York, New York.)

4. Battle of Big Sandy and the Carrying of the Great Rope in 1814 (Part 2). Oswego County Historical Society website entry (Submitted on September 29, 2021, by Larry Gertner of New York, New York.) 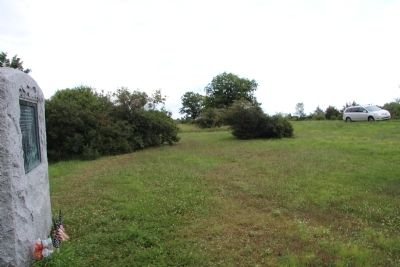 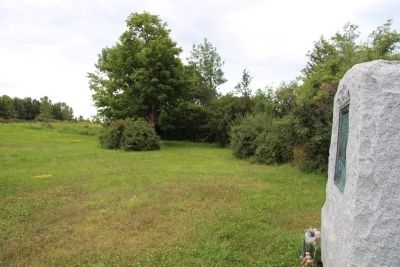