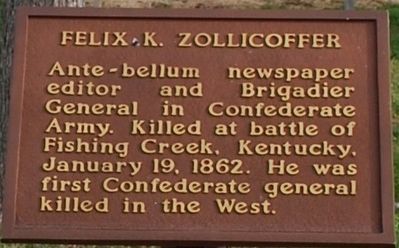 Ante-bellum newspaper editor and Brigadier General in Confederate Army. Killed at battle of Fishing Creek, Kentucky, January 19, 1862. He was first Confederate general killed in the West.

Topics. This historical marker is listed in these topic lists: Cemeteries & Burial Sites • War, US Civil. A significant historical date for this entry is January 19, 1862.

Location. 36° 8.805′ N, 86° 46.177′ W. Marker is in Nashville, Tennessee, in Davidson County. Marker can be reached from the intersection of 4th Avenue South and Oak Street, on the right when traveling south. Located in Nashville City Cemetery. Touch for map. Marker is at or near this postal address: 1001 4th Ave S, Nashville TN 37203, United States of America. Touch for directions. 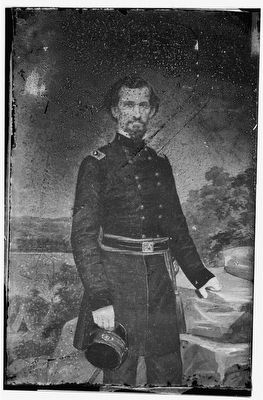 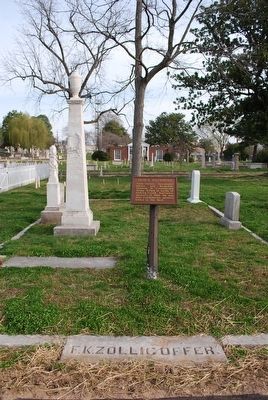 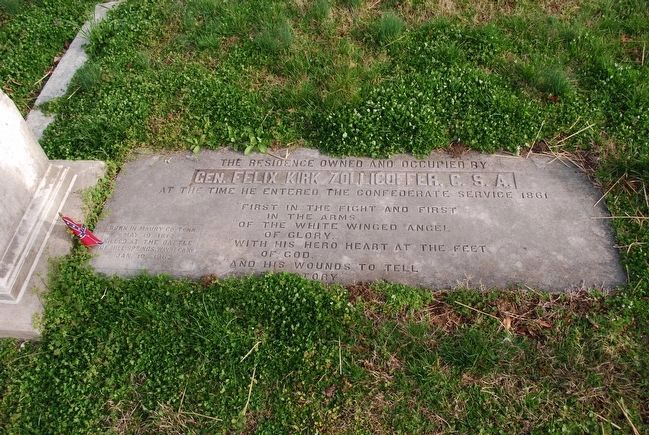