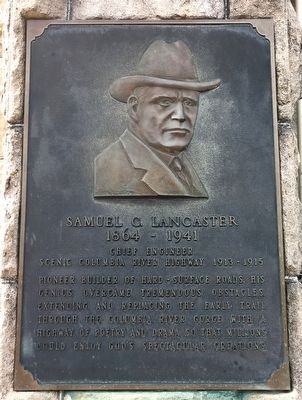 Pioneer Builder of hard-surface roads. His genius overcame tremendous obstacles, extending and replacing the early trail through the Columbia River gorge with a highway of poetry and drama so that millions could enjoy God’s spectacular creations.

Topics. This historical marker is listed in this topic list: Roads & Vehicles. A significant historical year for this entry is 1915. 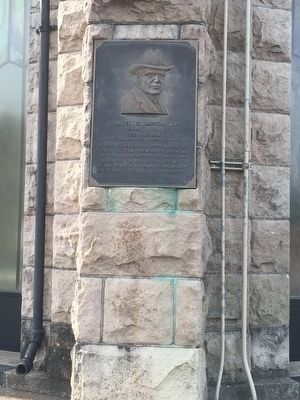 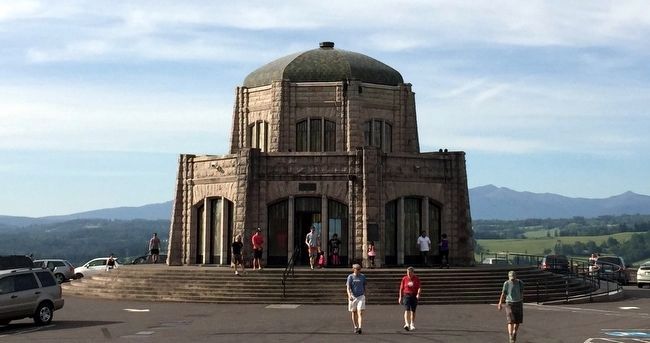 Photographed By Phyllis Prats, May 30, 2015
3. Vista House on Crown Point
Plaque is to the right of the entrance. 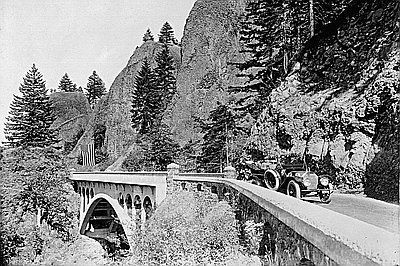