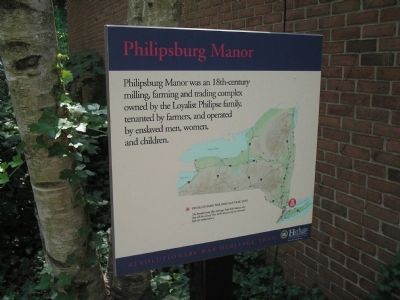 Philips Manor was an 18th-century milling, farming and trading complex owned by the Loyalist Philipse family, tenanted by farmers, and operated by enslaved men, women and children.

Location. 41° 5.273′ N, 73° 51.754′ W. Marker is in Sleepy Hollow, New York, in Westchester County. Marker can be reached from the intersection of N Broadway (U.S. 9) and Pocantico Street, on the left when traveling north. Touch for map. Marker is at or near this postal address: 381 N Broadway, Tarrytown NY 10591, United States of America. Touch for directions. 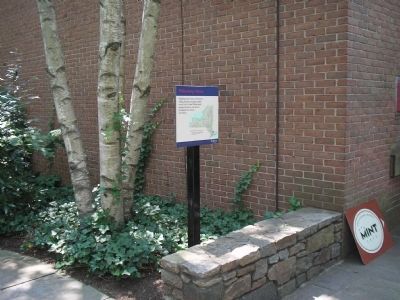 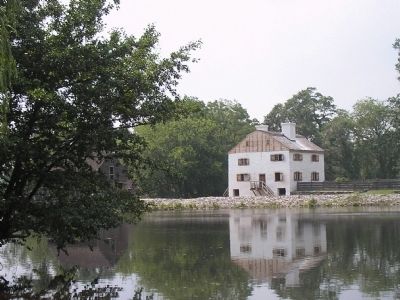 Photographed By Bill Coughlin, June 28, 2008
3. Philipsburg Manor Site
The Philipsburg Manor site was known as Upper Mills in the early 1700's, when Frederick Philipse established a commercial center here and staffed it with African slaves. The Philipses were one of the largest slaveholders in the northern colonies. 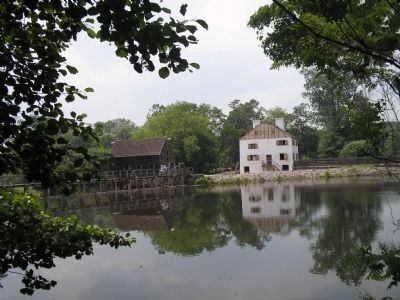