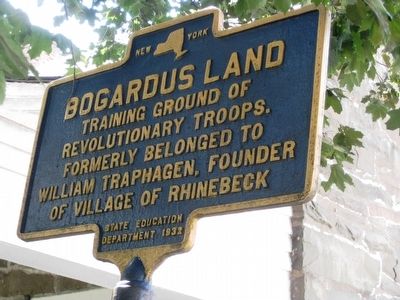 Also see . . .  Beekman Arms Inn - History. “Bogardus Tavern, as the inn was known during the last third of the 18th century, helped host the American Revolution. The 4th Regiment of the Continental Army drilled on its front lawn before the war, in 1775. The tavern never closed its doors. It was on the main road through the Hudson Valley, and its neighbors played major roles in the creation the United States.” (Submitted on August 24, 2015.)