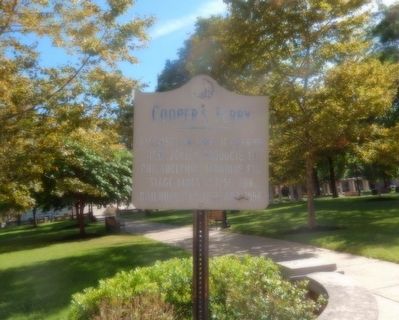 By Don Morfe, September 6, 2015
1. Cooper's Ferry Marker
Inscription.
Cooper's Ferry. . Licensed in 1688, it carried New Jersey products to Philadelphia. Terminus for stage lines in 1751, for railroads in 1834 and 1854 . This historical marker is in Camden in Camden County New Jersey

Topics. This historical marker is listed in these topic lists: Colonial Era • Industry & Commerce. A significant historical year for this entry is 1688.

Location. 39° 56.879′ N, 75° 7.556′ W. Marker is in Camden, New Jersey, in Camden County. Marker is at the intersection of Copper Avenue and North Front Street on Copper Avenue. The marker is located on the southwest corner of the Walt Whitman Cultural Art Center at Johnson Park. Touch for map. Marker is in this post office area: Camden NJ 08102, United States of America. Touch for directions. 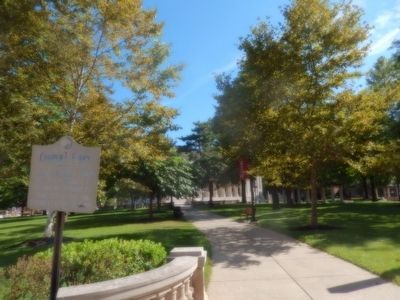 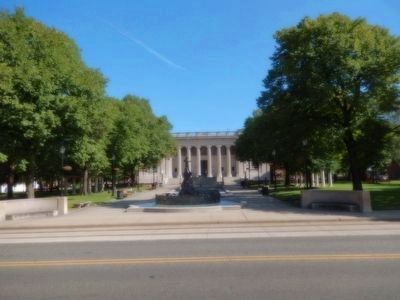