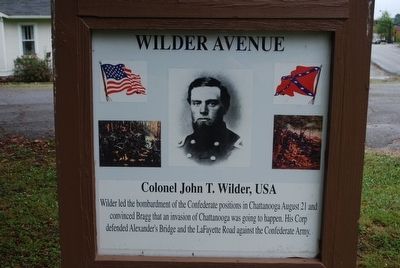 By Brandon Fletcher, September 26, 2015
1. Wilder Avenue Marker
Inscription.
Wilder Avenue. . , Colonel John T. Wilder, USA, Wilder led the bombardment of the Confederate positions in Chattanooga August 21 and convinced Bragg that an invasion of Chattanooga was going to happen. His Corp defended Alexander's Bridge and the LaFayette Road against the Confederate Army. . This historical marker is in Chickamauga in Walker County Georgia

Topics. This historical marker is listed in this topic list: War, US Civil. A significant historical date for this entry is August 21, 1863. 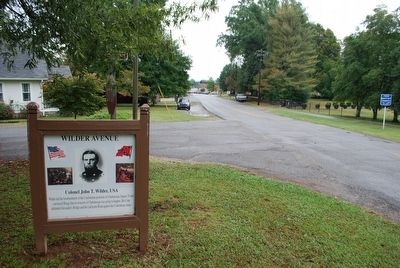 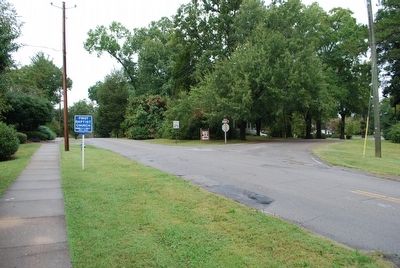