An Act to Establish and to Protect National Cemeteries. 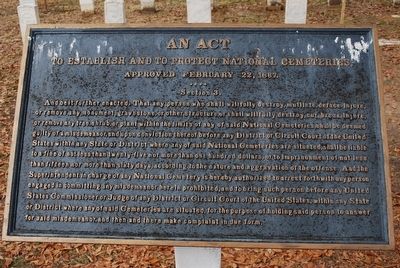 Topics and series. This historical marker is listed in 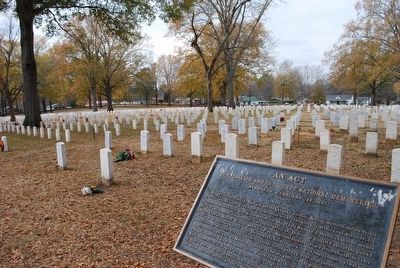 Photographed By Brandon Fletcher, November 30, 2008
2. An Act to Establish and to Protect National Cemeteries Marker

Click or scan to see
this page online
this topic list: Cemeteries & Burial Sites. In addition, it is included in the National Cemeteries series list. A significant historical date for this entry is February 22, 1867.

Location. 34° 55.517′ N, 88° 30.608′ W. Marker is in Corinth, Mississippi, in Alcorn County. Marker can be reached from the intersection of South Johns Street and Horton Street, on the right when traveling north. Located on the grounds of the Corinth National Cemetery. Touch for map. Marker is at or near this postal address: 1551 Horton Street, Corinth MS 38834, United States of America. Touch for directions. 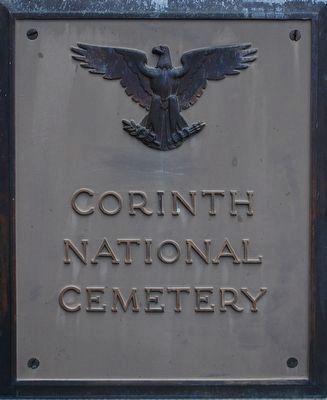 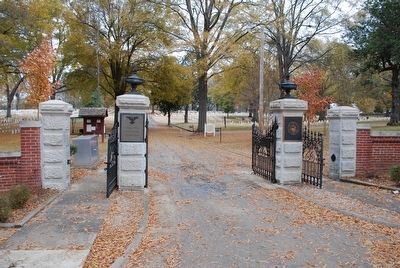