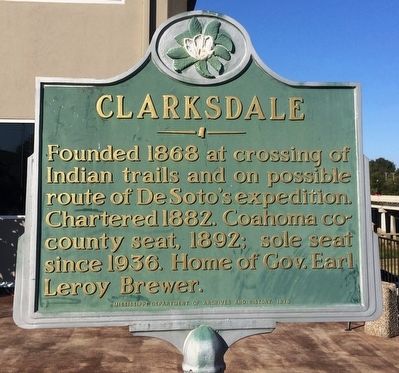 By Mark Hilton, October 18, 2015
1. Clarksdale Marker
Inscription.
Clarksdale. . Founded 1868 at crossing of Indian trails and on possible route of De Soto's expedition. Chartered 1882. Coahoma co-county seat, 1892; sole seat since 1936. Home of Gov. Earl Leroy Brewer. . This historical marker was erected in 1979 by Mississippi Department of Archives and History. It is in Clarksdale in Coahoma County Mississippi

Erected 1979 by Mississippi Department of Archives and History.

Topics and series. This historical marker is listed in these topic lists: Exploration • Native Americans • Political Subdivisions • Settlements & Settlers. In addition, it is included in the Mississippi State Historical Marker Program series list. A significant historical year for this entry is 1868.

Other nearby markers. At least 8 other markers are within walking distance of this marker. Carnegie Public Library (about 400 feet away, measured in a direct line); Temple Beth Israel (about 500 feet away); Harvey B. Heidelberg 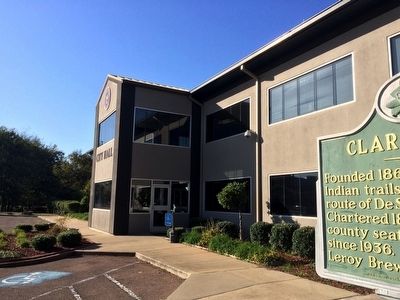 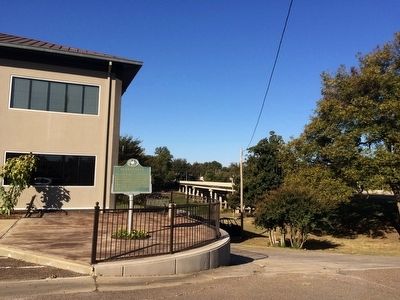