Following the Curve of the Shore 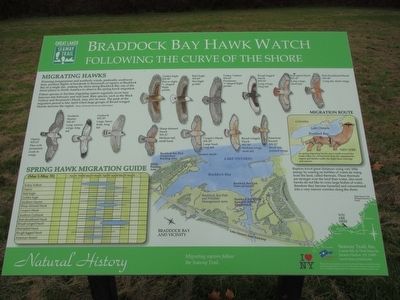 Migrating Hawks
Warming temperatures and southerly winds, preferably southwest here, produce flights of hundreds of thousands of raptors at Braddock Bay in a single day, making the shore along Braddock Bay one of the finest places in North America to observe the spring hawk migration.
Fifteen species of daytime migrating raptors regularly occur here between late February and mid June. Rare species, such as the Black Vulture and Swainson's Hawk, may also be seen. The peak of the migration period is late April when large groups of Broad-winged Hawks traverse the region. (Note all hawks shown are adult males.) 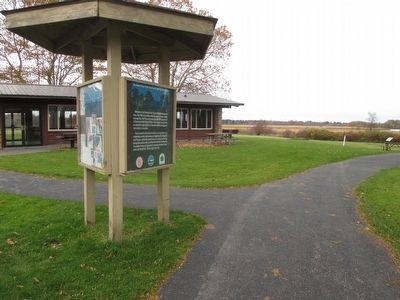 Photographed By Anton Schwarzmueller, October 31, 2015
2. Northward
From the main parking area, the marker is along this path, past the kiosk and shelter.

Migration Route
New York. As spring migrating hawks move north toward the Great Lakes from the Appalachian region and father south, the flight lines converge and narrow.
Raptors travel great distances using very little energy by soaring in bubbles of warm air rising from the land, called thermals. These thermals are stronger over the land than water, also most hawks do not like to cross large bodies of water, therefore they become funneled and concentrated into a very narrow corridor along the shore.

Topics and series. This historical marker is listed in these topic lists: Animals • Environment. In addition, it is included in the Great Lakes Seaway Trail National Scenic Byway series list. 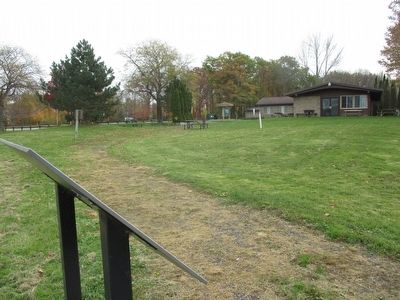 Photographed By Anton Schwarzmueller, October 31, 2015
3. Marker & View Towards Parking Area
north of East Manitou Road (County Route 140). Marker is in Braddock Bay Park. Marker is north of the shelter, along a walkway. Touch for map. Marker is at or near this postal address: 199 East Manitou Road, Rochester NY 14612, United States of America. Touch for directions. 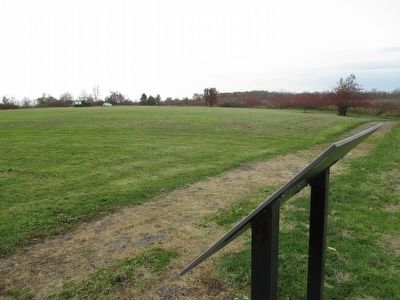 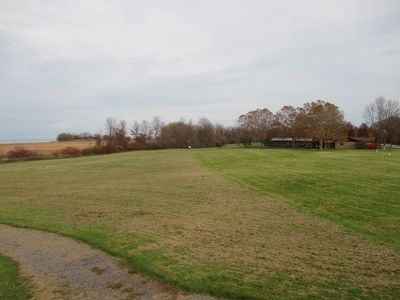 Photographed By Anton Schwarzmueller, October 31, 2015
5. Marker at Center
View from the observation platform. 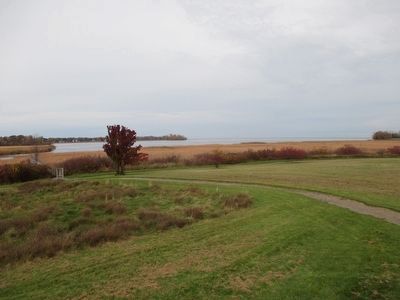