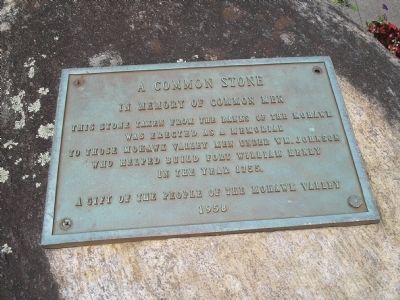 In memory of common men, this stone, taken from the banks of the Mohawk, was erected as a memorial to those Mohawk Valley men under Wm. Johnson who helped build Fort William Henry in the year 1755.

A gift of the people of the Mohawk Valley
1958

Erected 1958 by People of the Mohawk Valley.

Topics. This historical marker is listed in these topic lists: Forts or Castles • War, French and Indian.

Location. 43° 25.201′ N, 73° 42.726′ W. Marker is in Lake George, New York, in Warren County. Marker can be reached from Canada Street (U.S. 9), on the right when traveling north. Marker is located near the entrance to Fort William Henry. Touch for map. Marker is in this post office area: Lake George NY 12845, United States of America. Touch for directions. 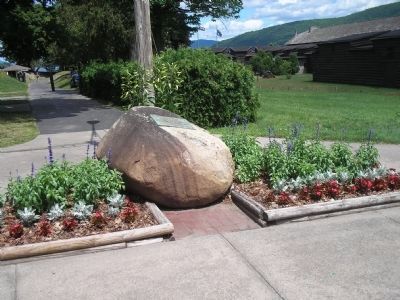 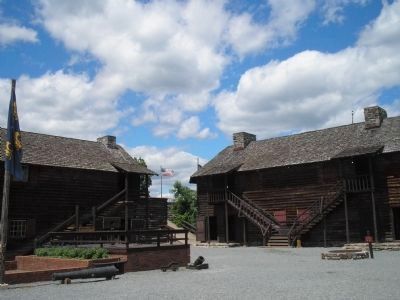 By Bill Coughlin, July 10, 2008
3. Fort William Henry
Fort William Henry was built at the southern end of Lake George in 1755 by Major-General William Johnson and a group of colonial volunteers. It was designed to defend the colony of New York and serve as a launching point for military operations against the French, who had their own fort about 40 miles to the north. 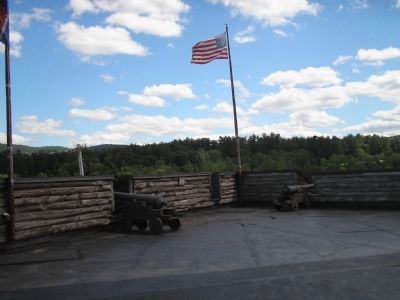