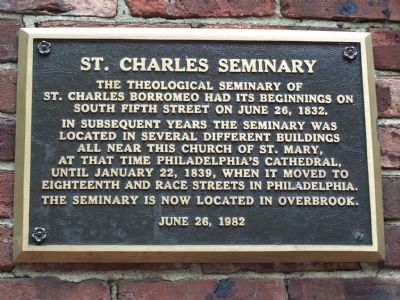 The Theological Seminary of St. Charles Borromeo had its beginnings on South Fifth Street on June 26, 1832. In subsequent years the seminary was located in several different buildings all near this Church of St. Mary, at that time Philadelphia's Cathedral, until January 22, 1839, when it moved to Eighteenth and Race Streets in Philadelphia. The seminary is now located in Overbrook. June 26, 1982 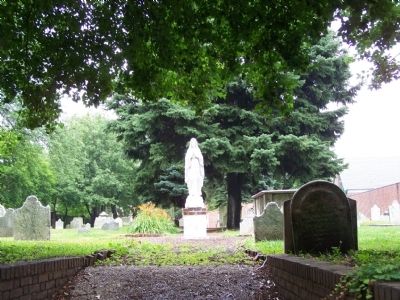