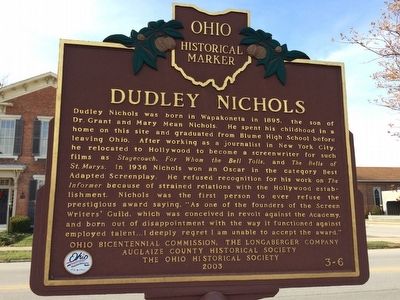 Dudley Nichols was born in Wapakoneta in 1895, the son of Dr. Grant and Mary Mean Nichols. He spent his childhood in a home on this site and graduated from Blume High School before leaving Ohio. After working as a journalist in new York City, he relocated to Hollywood to become a screenwriter for such films as Stagecoach, For Whom the Bell Tolls, and The Bells of St. Marys. In 1936 Nichols won an Oscar in the category Best Adapted Screenplay. He refused recognition for his work on The Informer because of strained relations with the Hollywood establishment. Nichols was the first person to ever refuse the prestigious award saying "As one of the founders of the Screen Writers Guild, which was conceived in revolt against the Academy, and born of disappointment with the way it functioned against employed talent...I deeply regret that I am unable to accept the award." Ohio Bicentennial Commission, the Longaberger Company Auglaize County Historical Society The Ohio Historical Society 2003 3-6 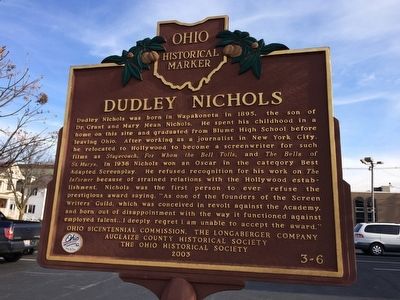 Topics. This historical marker is listed in these topic lists: Arts, Letters, Music • Entertainment • Labor Unions. A significant historical year for this entry is 1895. 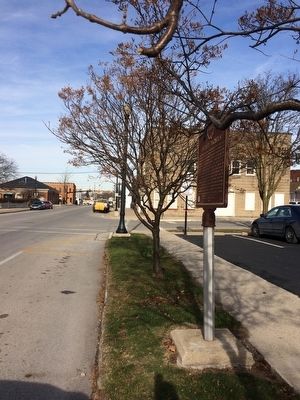