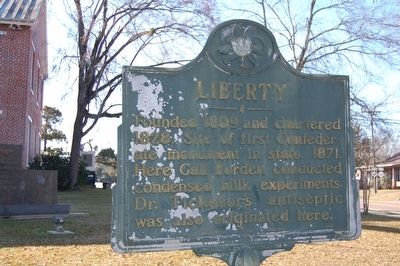 Topics and series. This historical marker is listed in these topic lists: Science & Medicine • Settlements & Settlers • War, US Civil. In addition, it is included in the Mississippi State Historical Marker Program series list.

Location. 31° 9.473′ N, 90° 48.653′ W. Marker is in Liberty, Mississippi, in Amite County. Marker is at the intersection of Main Street (State Highway 24) and Broad Street, on the right when traveling east on Main Street. Touch for map. Marker is in this post office area: Liberty MS 39645, United States of America. Touch for directions. 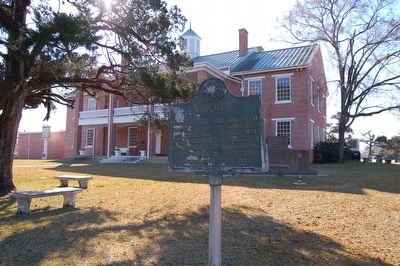