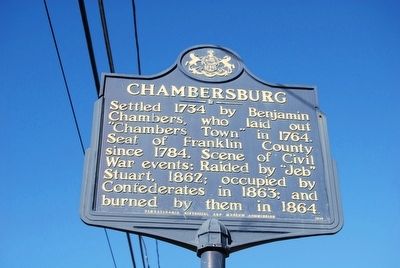 Photographed By Mike Wintermantel, February 18, 2016
1. Chambersburg Marker
Inscription.
Chambersburg. . Settled 1734 by Benjamin Chambers, who laid out "Chambers Town" in 1764. Seat of Franklin County since 1784. Scene of Civil War events: Raided by "Jeb" Stuart, 1862; occupied by Confederates in 1863; and burned by them in 1864. . This historical marker was erected in 1948 by Pennsylvania Historical and Museum Commission. It is in Chambersburg in Franklin County Pennsylvania

Topics and series. This historical marker is listed in these topic lists: Settlements & Settlers • War, US Civil. In addition, it is included in the Pennsylvania Historical and Museum Commission series list. A significant historical year for this entry is 1734. 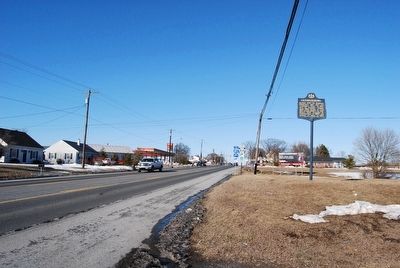