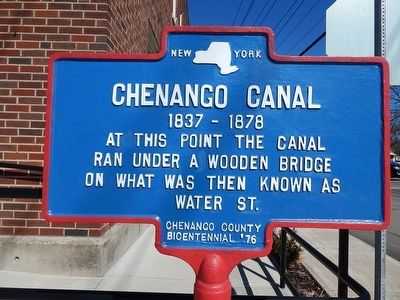 At this point the canal ran under a wooden bridge on what was then known as Water St. Chenango County Bicentennial '76

Topics and series. This historical marker is listed in these topic lists: Bridges & Viaducts • Waterways & Vessels. In addition, it is included in the Chenango Canal series list. 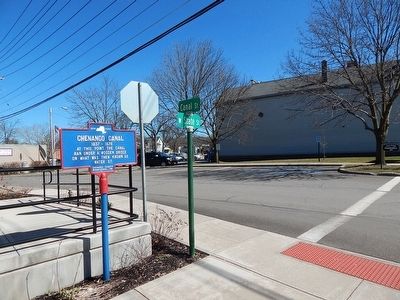 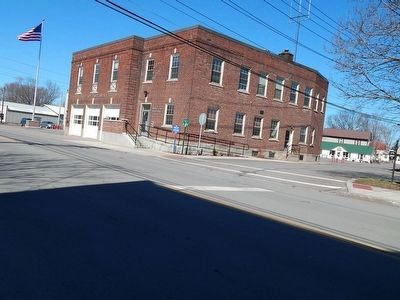 Photographed By Scott J. Payne, March 19, 2016
3. Chenango Canal Marker
Intersection where the canal ran under wooden bridge. The canal would have ran from east to west (right to left to) making its way to Utica. 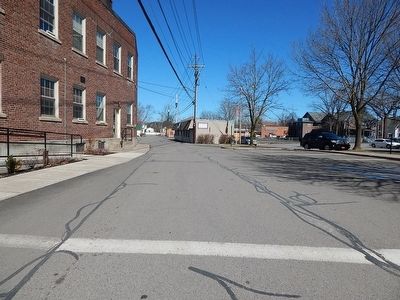