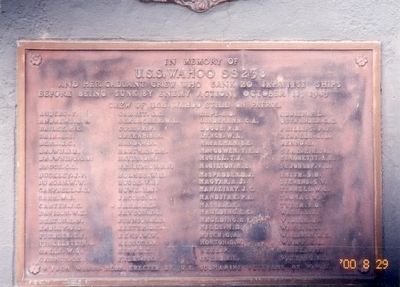 Crew of the U.S.S. Wahoo still on patrol. . This memorial was erected by U.S. Submarine Veterans of world war two. It is in Wahoo in Saunders County Nebraska

Crew of the U.S.S. Wahoo still on patrol.

Topics and series. This memorial is listed in these topic lists: War, World II • Waterways & Vessels. In addition, it is included in the Still On Patrol series list. 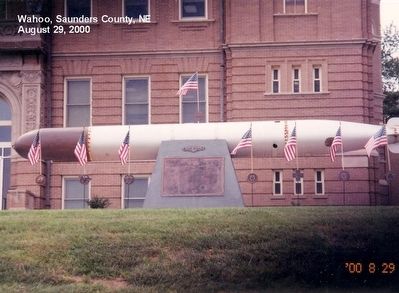 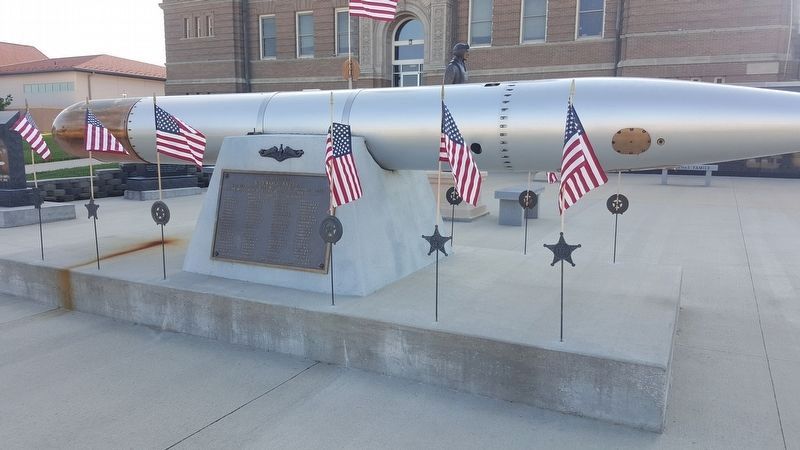 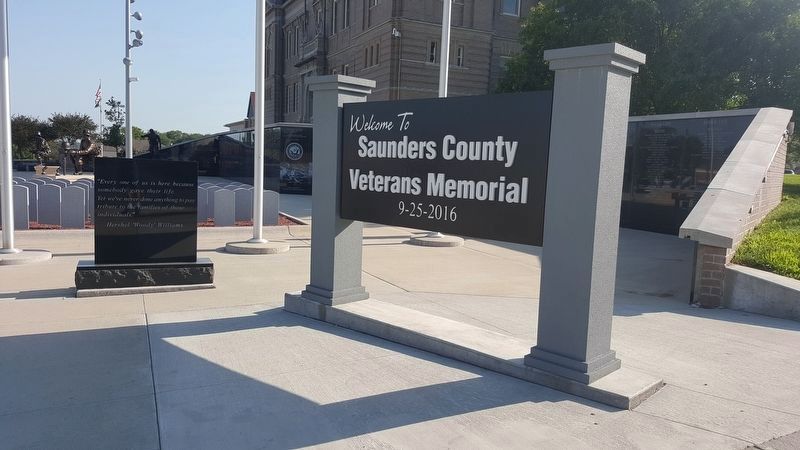