Soldiers Who Died at Fort Larned 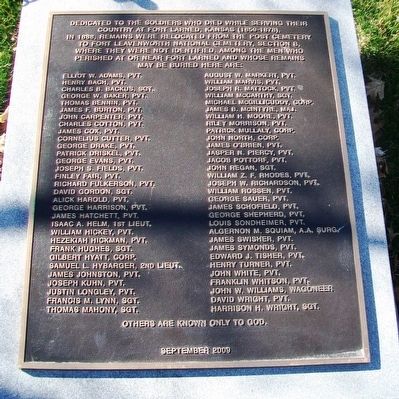 Others are known only to God.

Dedicated to the Soldiers who died while serving their country at Fort Larned, Kansas (1859-1878). In 1888, remains were relocated from the post cemetery to Fort Leavenworth National Cemetery, Section B, where they were not identified. Among the men who perished at or near Fort Larned and whose remains may now be buried here are: 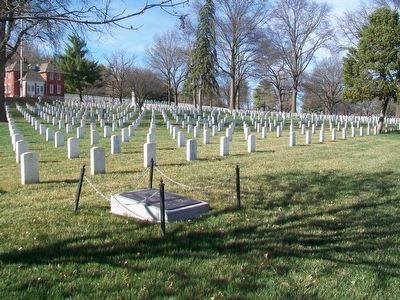 Others are known only to God.

Topics and series. This historical marker is listed in these topic lists: Cemeteries & Burial Sites • Forts and Castles • Wars, US Indian. In addition, it is included in the National Cemeteries series list. A significant historical year for this entry is 1888.

Regarding Soldiers Who Died at Fort Larned. Identification is required to access Fort Leavenworth, an active U.S. Army post.