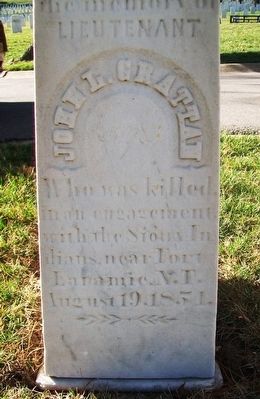 Who was killed in an engagement with the Sioux Indians near Fort Laramie. N. T., August 18, 1854.

Topics and series. This memorial is listed in these topic lists: Cemeteries & Burial Sites • Wars, US Indian. In addition, it is included in the National Cemeteries series list. 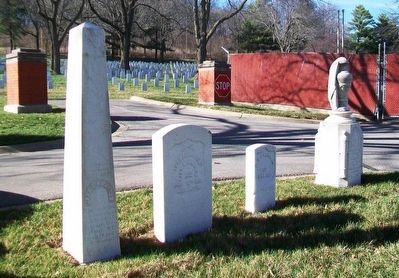 Click or scan to see
this page online
(about 400 feet away, measured in a direct line); Fort Sully (about 500 feet away). Touch for a list and map of all markers in Fort Leavenworth.